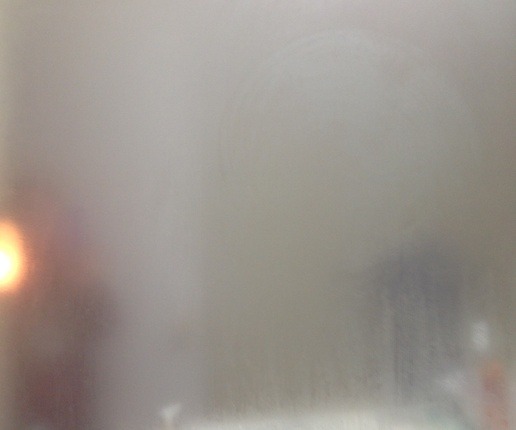 There’s a “trick” that often gets passed around on blogs and through magazines for how to get the wrinkles out of your suit. The trick is: hang your jacket in the bathroom while you take a hot shower. The steam supposedly helps the fibers relax, which in turn will let the wrinkles fall out.

The idea sounds plausible, but in practice, doing something like this can be ineffective at best and damaging at worst. Depending on how big your bathroom is, you’re unlikely to even generate enough steam to make a difference. If you do generate enough steam, you can ruin your jacket by taking all the shape out.

Why Steam Can be Bad

A long time ago, I wrote a post about the problem with steamers in general. The danger with these things is that you can “blow out” the seams and cause them to pucker if you’re not careful with how much steam you apply. What you really need is something that both pushes the steam through and sucks the moisture out, but those kinds of machines can be expensive (if not also cumbersome to use at home).

With a suit jacket or sport coat, there’s other damage that can be done. Remember, a tailored jacket is not like a shirt. It’s not something that simply “hangs” from your shoulders. Rather, it’s shaped through careful ironing and pressing, which results in the jacket having a certain three dimensional form. In fact, the reason why people recommend half- or fully-canvassed jackets is because that canvas gives the jacket some shape.

It’s true, when you run steam through your tailored jackets, you’re making the fibers relax. This does take out the wrinkling, but also takes out all the shaping as well. The result? A potentially limp jacket that no longer hangs on you the way it should. If you’ve put enough steam through, you may also make certain areas pucker, which will look even worse than wrinkling.

How To Get Wrinkles Out

To get wrinkles out, there are really only three things you can do. One, let your clothes hang on their hangers for a few days. Wool naturally relaxes anyway, and should return to its original form (more or less) if you let it sit. For trousers, you can use clamp hangers like the ones our advertiser The Hanger Project sells. Those will help get the wrinkles out by letting the trousers hang by their own weight.

The other ways include either learning how to press clothes yourself (which can be difficult on jackets) or sending it to someone who can do it for you (I use RAVE FabriCARE, as they’re one of the few places I know of that does it properly).

Barring that, you can use a steamer in spot areas, but very conservatively. Avoid areas where shaping is perhaps most important, such as along where the lapel folds over, and around the chest.

The worst method is hanging your jacket in a steamy bathroom, where you have no control over where the steam goes.

In the end, it’s worth noting that suits and sport coats don’t have to be completely wrinkle free in order to look good. In fact, wrinkles can make a jacket look a bit more lived in. How good a tailored jacket looks on you is more about its silhouette, which is determined by its cut and shaping, not the presence or absence of a little wrinkling.