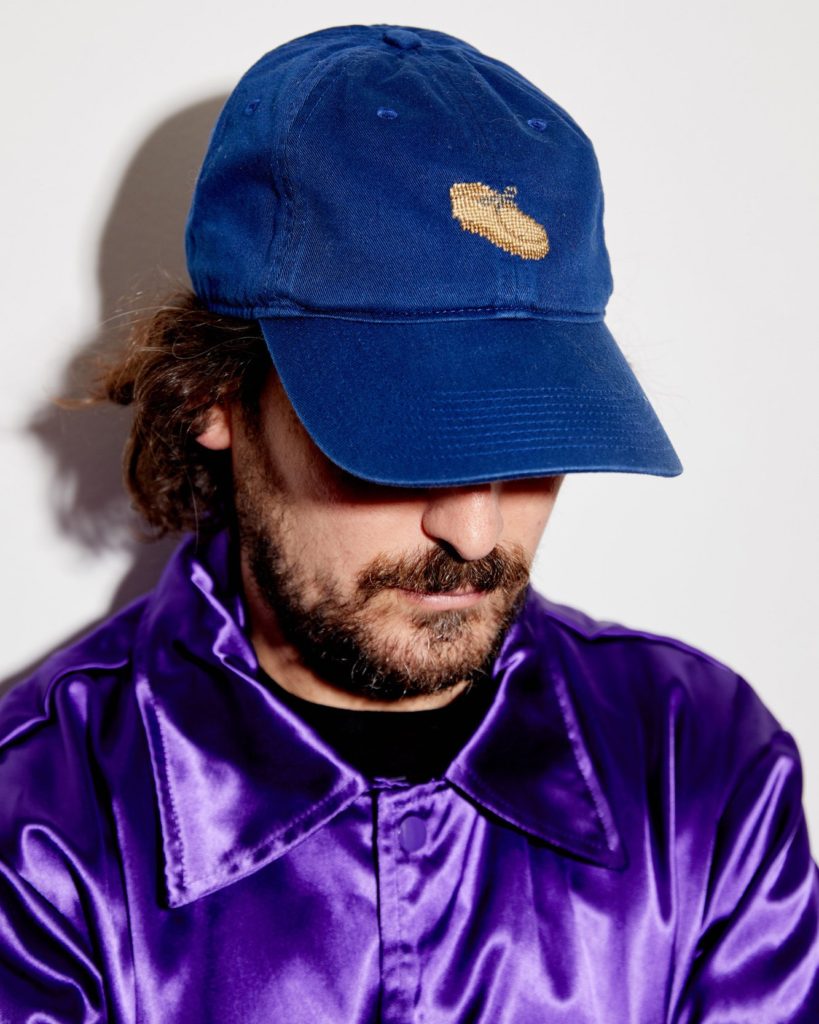 It’s not hard to justify a purchase if you’re willing to lie to yourself just a bit. I’ve heard the “n+1” rule used to do so for many categories of things that people (typically men) tend to buy and accumulate. That is, the right number of any given item to own is “n+1,” where n is the number of that item you already own. Bikes. Watches. Tshirts. I’d say for me it’s ballcaps, but even computing the answer to that formula would be tough for me, because I don’t have a handle on how many ballcaps I currently own. (As Dick said, they’re the only hat to survive the 20th century unscathed).

Certainly more than would fit on my teenage bedroom wall. Caps that indicate my affinity for an actual baseball team. Caps that show that I like that team, and HISTORY. Caps with logos for brands or stores. For skate companies or bands. For massive fashion conglomerates. And many caps with no logos at all. And yet. I still look out for cool baseball caps, and have found so many I like, I had to narrow it down to 10. Ten hats that I don’t yet own, but would like to. N + 10.

Something important to think about is whether a hat you buy, especially a hat with a team association, should reflect something you authentically care about (vs maybe something that just looks cool to you). While I don’t think that’s a particularly important consideration anymore, it does depend a bit on your background and the environment in which you intend to wear it. For example, I would understand that, living in the United States, if I wore a Washington Nationals cap, other people would likely assume I was a fan of the Washington Nationals baseball team. Which is not a mistake I want people to make.

On the other hand, if I wore a South Sydney Rabbitohs cap in the U.S., I doubt I’d get a lot of people making snap judgments about my character according to their sophisticated understanding of Australian National Rugby League politics. I’d probably get some questions, though. I’ve tried to keep my selection relatively uncomplicated, regional-association-wise. 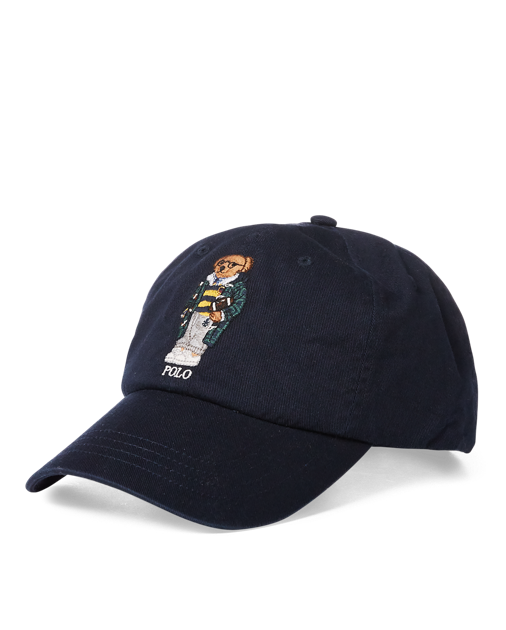 Polo Bear Rugby bear cap (adjustable; $60, on sale for $42) I genuinely like the classic Ralph Lauren chino dad cap, which was a key to the dad cap reseurgence of the last few years. They’ve brought the “Bears dressed as various preppy jerks” back, and this one, with his dumb football, is my favorite of the current crop. 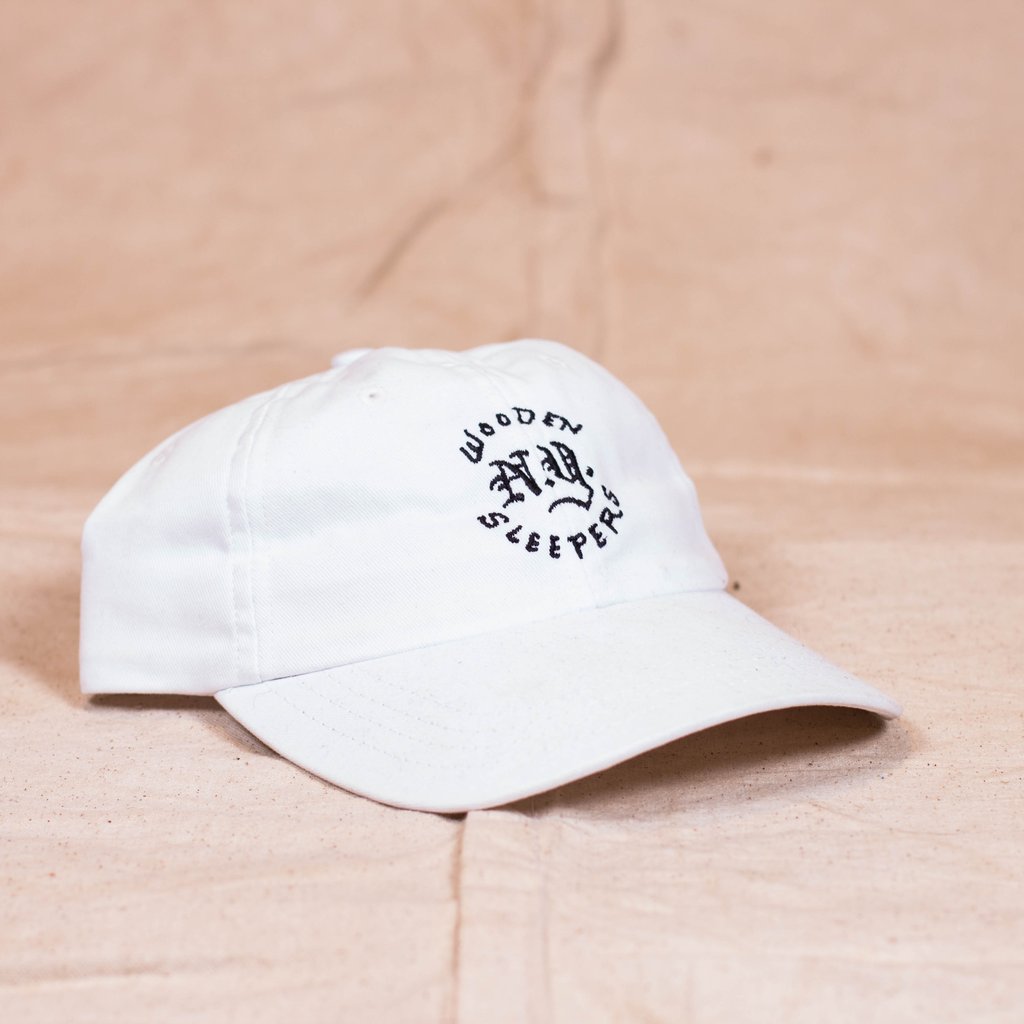 Wooden Sleepers logo hat (adjustable, $48) Another nice dad cap, this time from Brian Davis’s Wooden Sleepers. We’ve talked with Brian before and greatly admire his eye and his shop, which happens to have a nice logo with embroidered, hand-style type letters and a gothic “NY” that won’t make you look like a Yankees fan. You won’t be surprised that this one is made in the U.S. 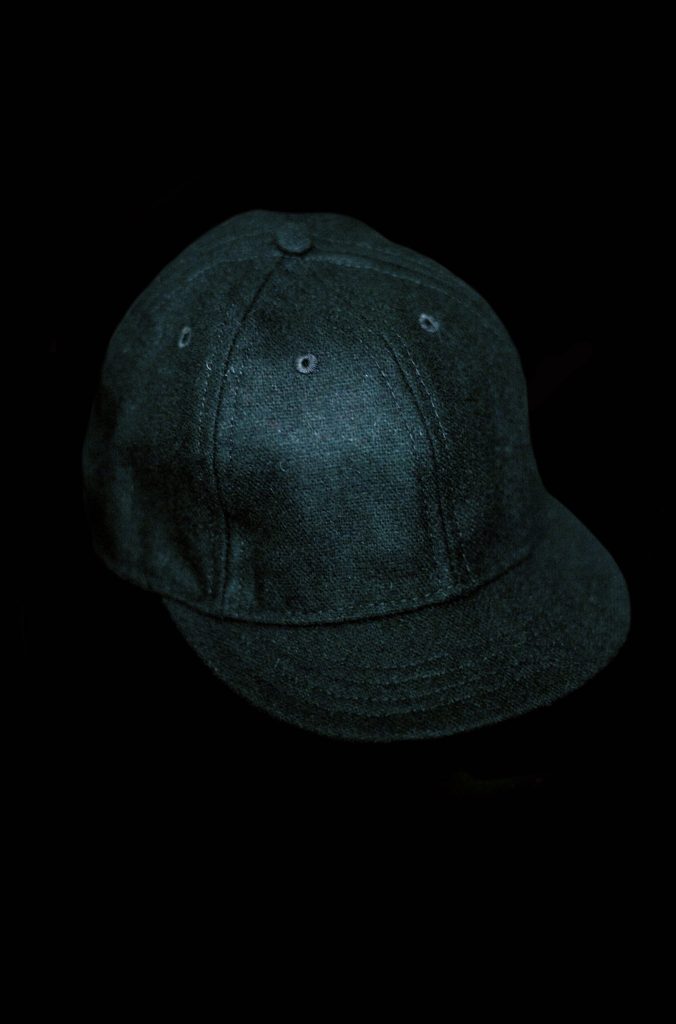 Bryceland’s cap (Sized, HK498 / approx $65) — A logoless, old-style baseball cap with a short brim from Ethan Newton’s shop. I find any cap with a nonstandard brim length to take a bit of adjusting to, but the idiosyncrasy is appreciated in a market somewhat saturated with cotton dad caps. Made by Ideal Cap Co., who do good work. 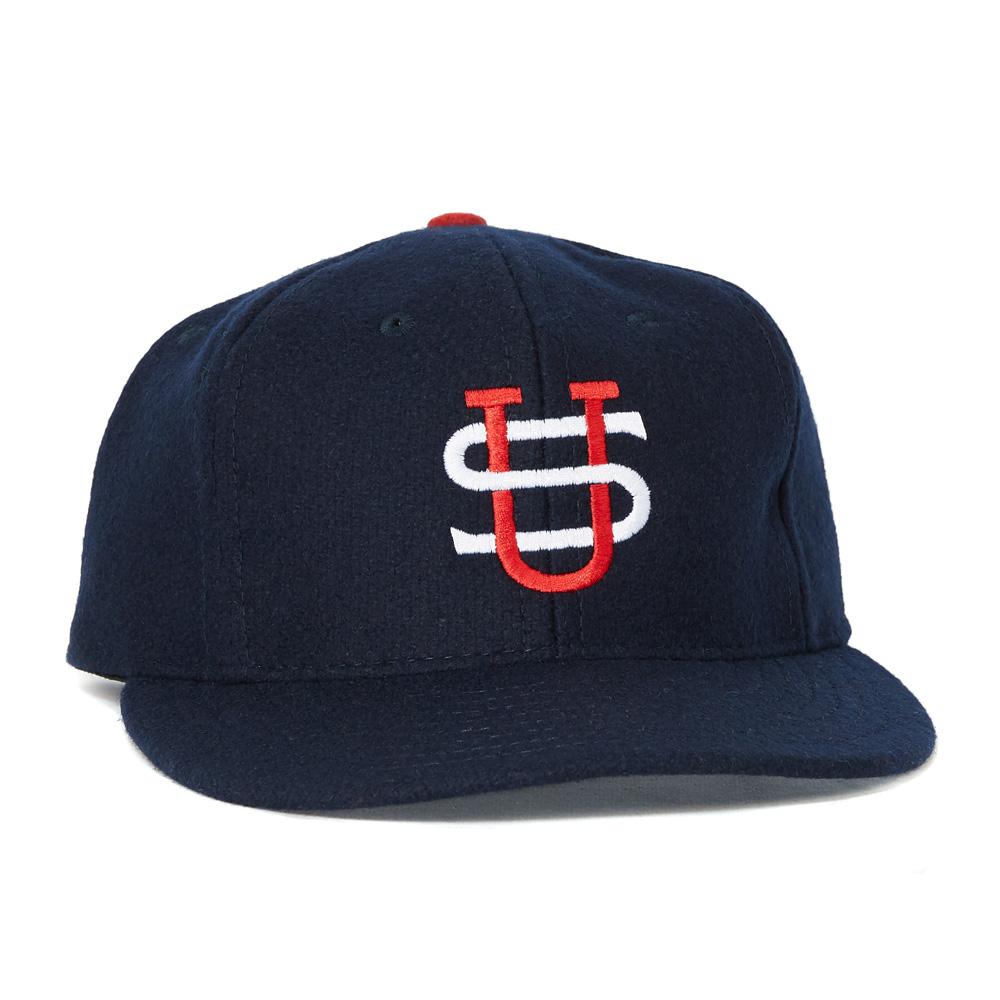 Ebbets U.S. Tour of Japan 1934 cap (sized or adjustable, $49) — One of the few caps I’ve worn to the point I had to throw it out was this cap, a simple red and white lined “US” on a navy flannel cap, commemorating a trip MLB stars took to Japan in 1934 to promote the sport. Only a handful of people will assume it’s somehow a Syracuse hat. Part of Ebbets’ charm is the specificity of their repro hats; this one is nicely universal (for U.S. wearers, anyway). I’d buy another one. 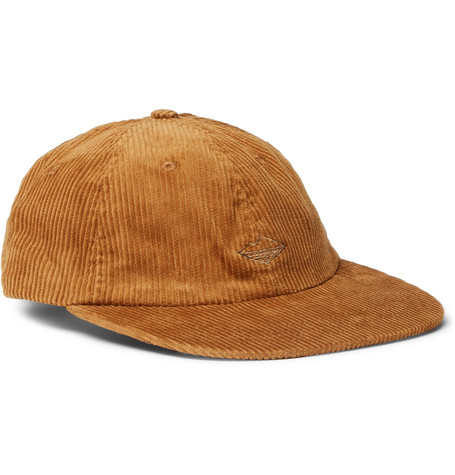 Battenwear corduroy cap (Adjustable, $65) — Corduroy makes for a surprisingly great accent fabric, especially (obviously) in fall. I like the color of this Battenwear model and the subtle embroidered logo; sort of a grown-up Stussy hat. 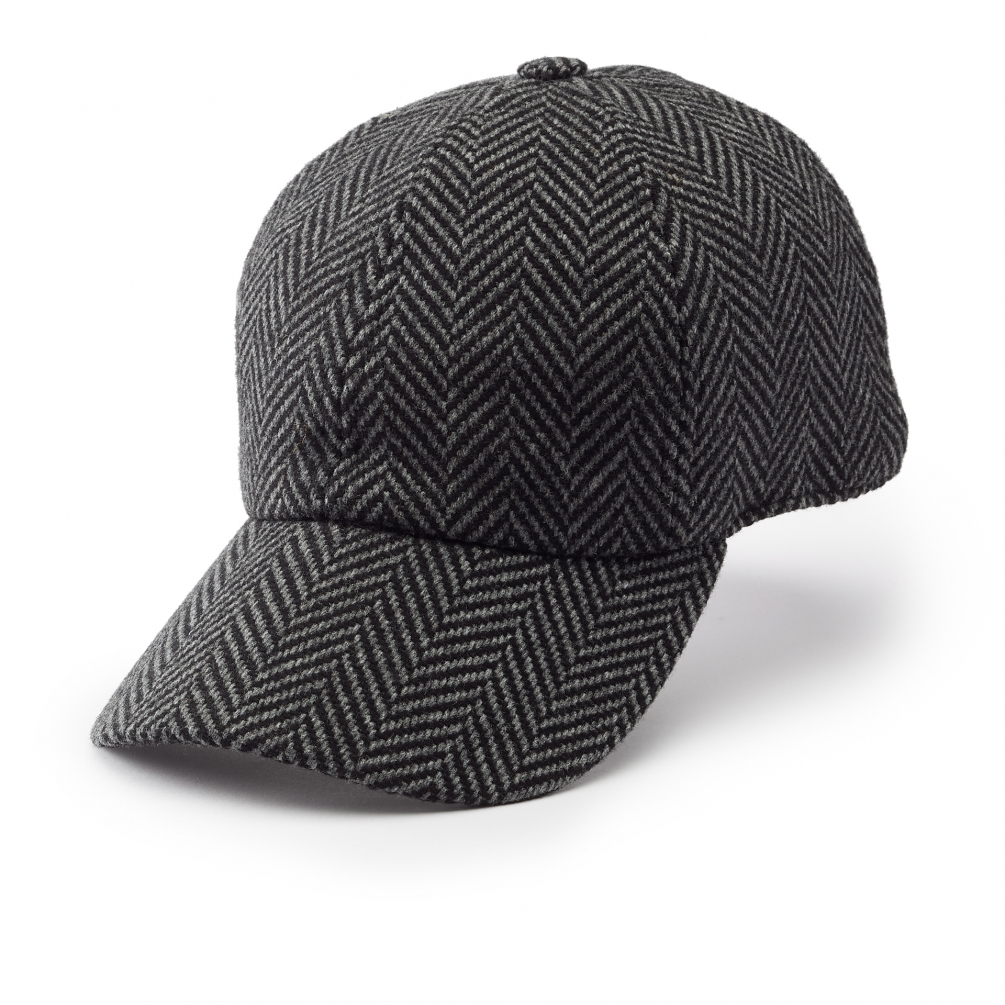 Lock and Co. Escorial fabric cap (sized S/M/L, 125GBP / approx $165) — I tend to think it’s a little cheesy to make baseball caps out of fancy fabric, but I like the large scale herringbone of this hat from Lock and Co., one of the best traditional hat makers in the world. 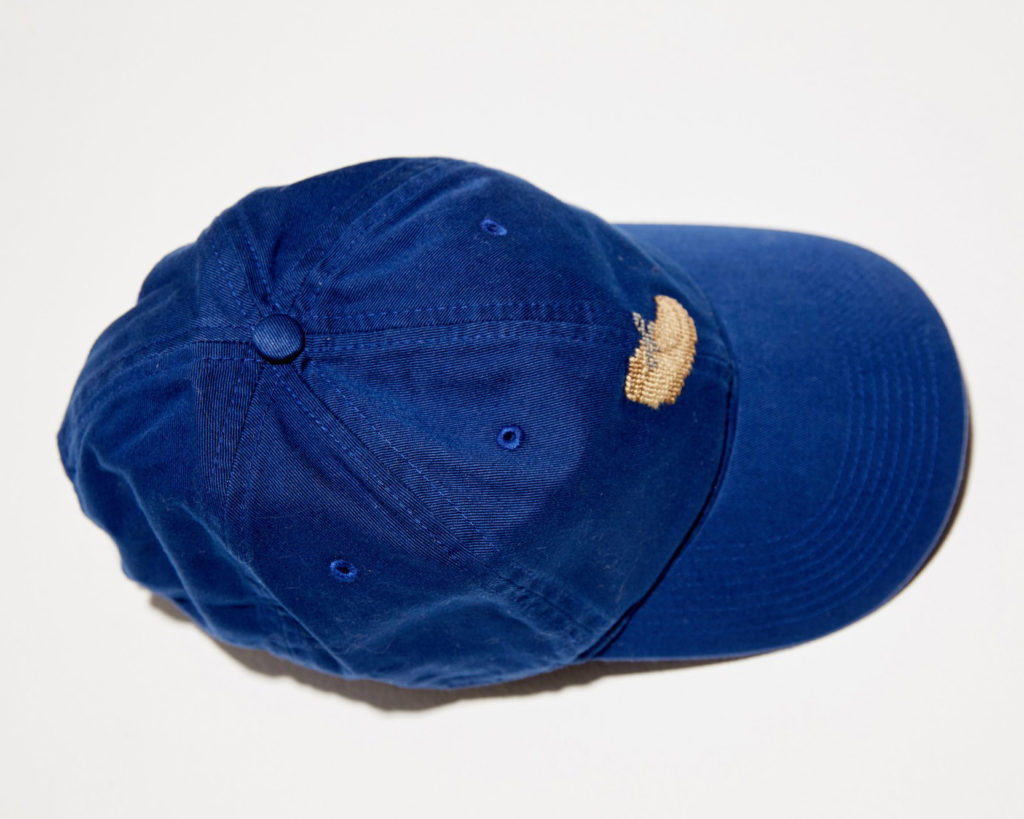 Mister Mort Wally embroidered hat (adjustable, $48) — A point of etiquette I never thought I’d have to consider is whether or not it’s appropriate to wear actual sand suede wallabees with this hat. 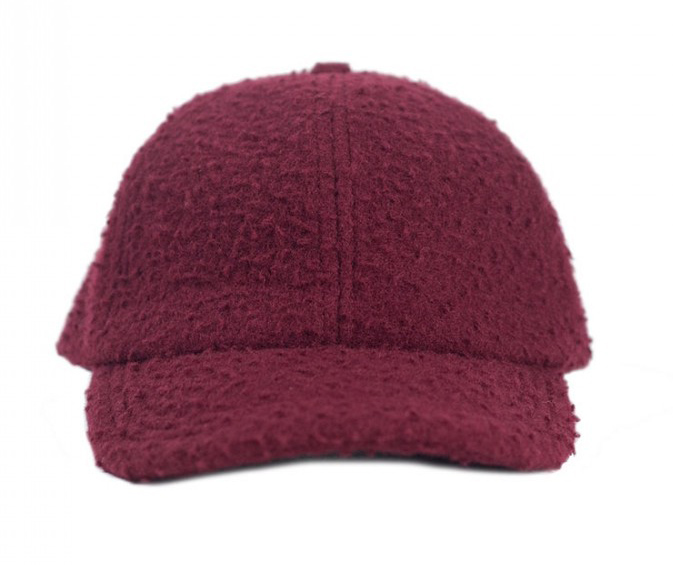 Larose Paris Casentino hat (Adjustable; $165 on sale for $107) — I own one of these in orange. Baseball caps will never be as functional for fall/winter as brimmed hats (keep rain/snow off your face/neck) or knit caps (which cover your ears) but a lined casentino (fuzzy, water repellent Italian wool) cap is at least warm. 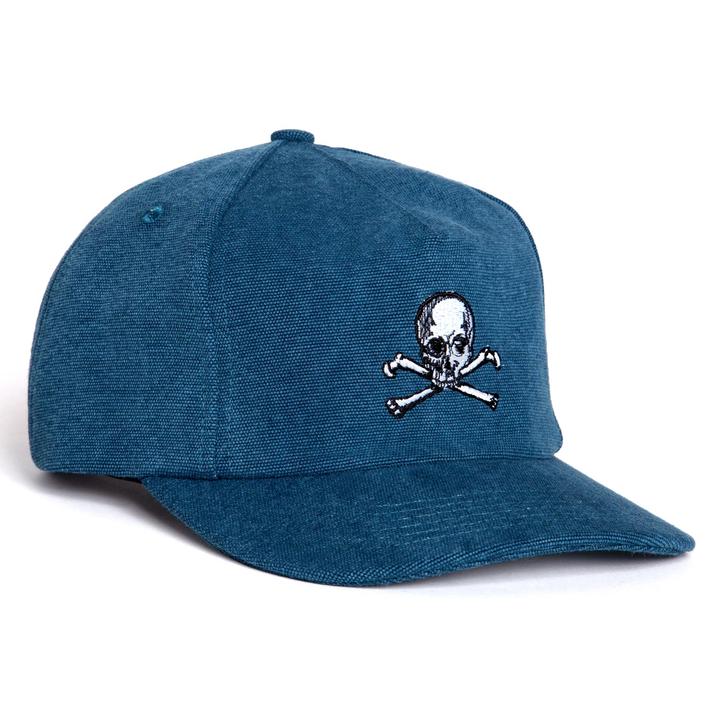 Noah Jolly Roger canvas cap (snapback, $48) — Noah has been marketed as Supreme for adults, and while I’m not entirely sure that holds up, I appreciate their knack for combining 1990s pop culture prep references with streetwear staple pieces. And their execution is solid–their stuff is legitimately nice, whereas your local Zumiez is brimming with landfill-destined dad caps. 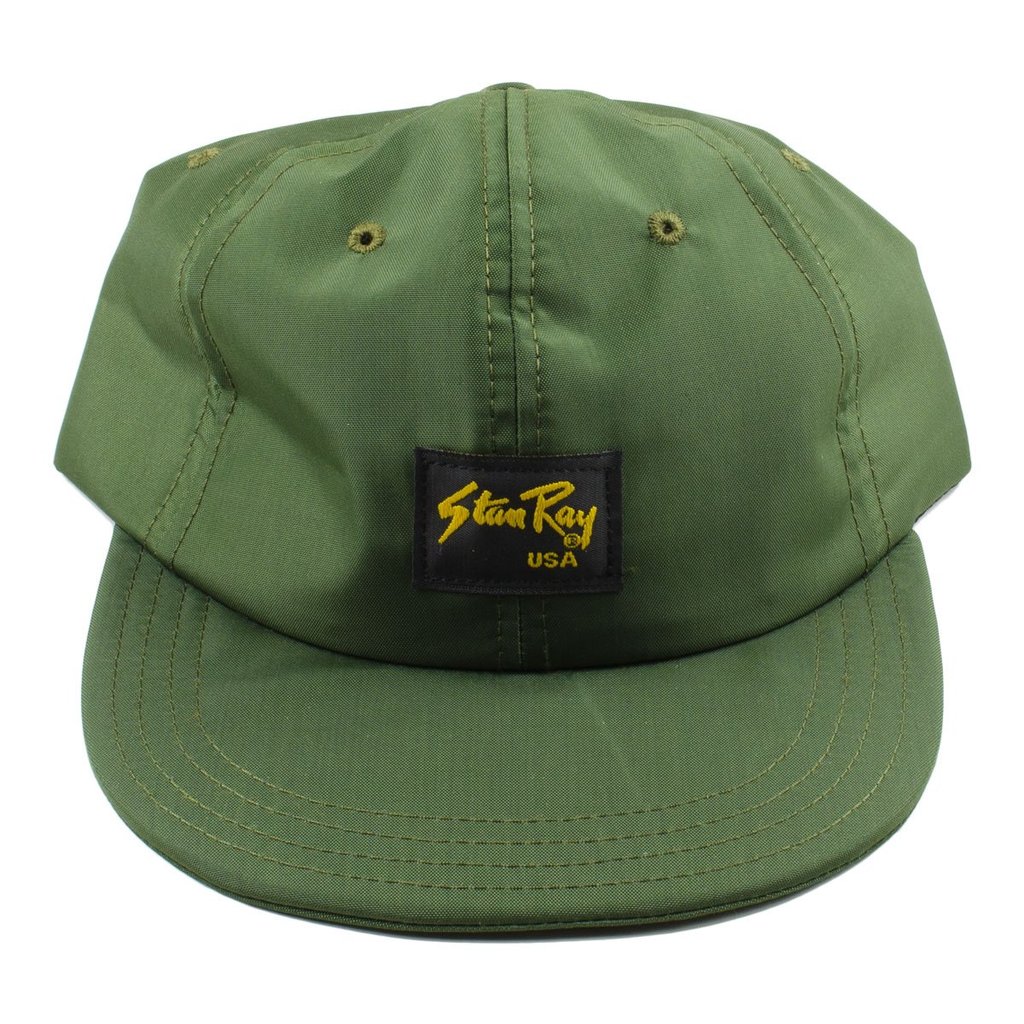 Stan Ray deadstock Gore-Tex hat (adjustable, EUR37.50 / approx $44) — I don’t know what Stan Ray is up to but I see a ton of interesting Stan Ray stuff in European e-shops, including this logo ball cap made of deadstock Gore-Tex, which makes it one of the more functional caps on this list, and at a decent price.