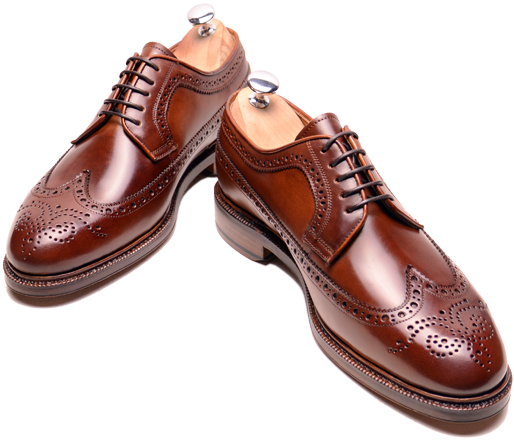 Of potential interest to anyone who’s ever admired shell cordovan shoes, but couldn’t stomach the price. Meermin just introduced Japanese shell cordovan to their group made-to-order range (GMTO). That’s when people get in on group buys – much like with Gustin – and once funding hits 100%, Meermin takes a design into production. The boots I bought from Meermin last year are made from Japanese shell cordovan and I’ve been impressed with how well they’ve held up. The material is slightly thinner and softer than what you’ll find from Horween, but it’s no less durable. There’s also a little mottling to the color (sort of like an antiquing effect), which I think is handsome.

Horween shell cordovan shoes here in the US can run anywhere from $650 to $1,200, depending on the style and maker. They’re even more expensive if you live outside the US (Alden shoes typically have a slight mark-up abroad). Meermin’s Japanese shell cordovan shoes, on the other hand, impressively start at $327 (excluding European taxes, known as VAT, which US customers don’t have to pay). Factor in a little for shipping and possible customs and duties, and you have the starting price of Allen Edmonds’ calf shoes at full retail.

With the prices of Horween shell cordovan shoes rising – and wait-list times of up to a year for certain colors – it’s nice to see someone offering something as an alternative. I’m told that the material will also be offered in through the company’s regular ready-to-wear range sometime next year.