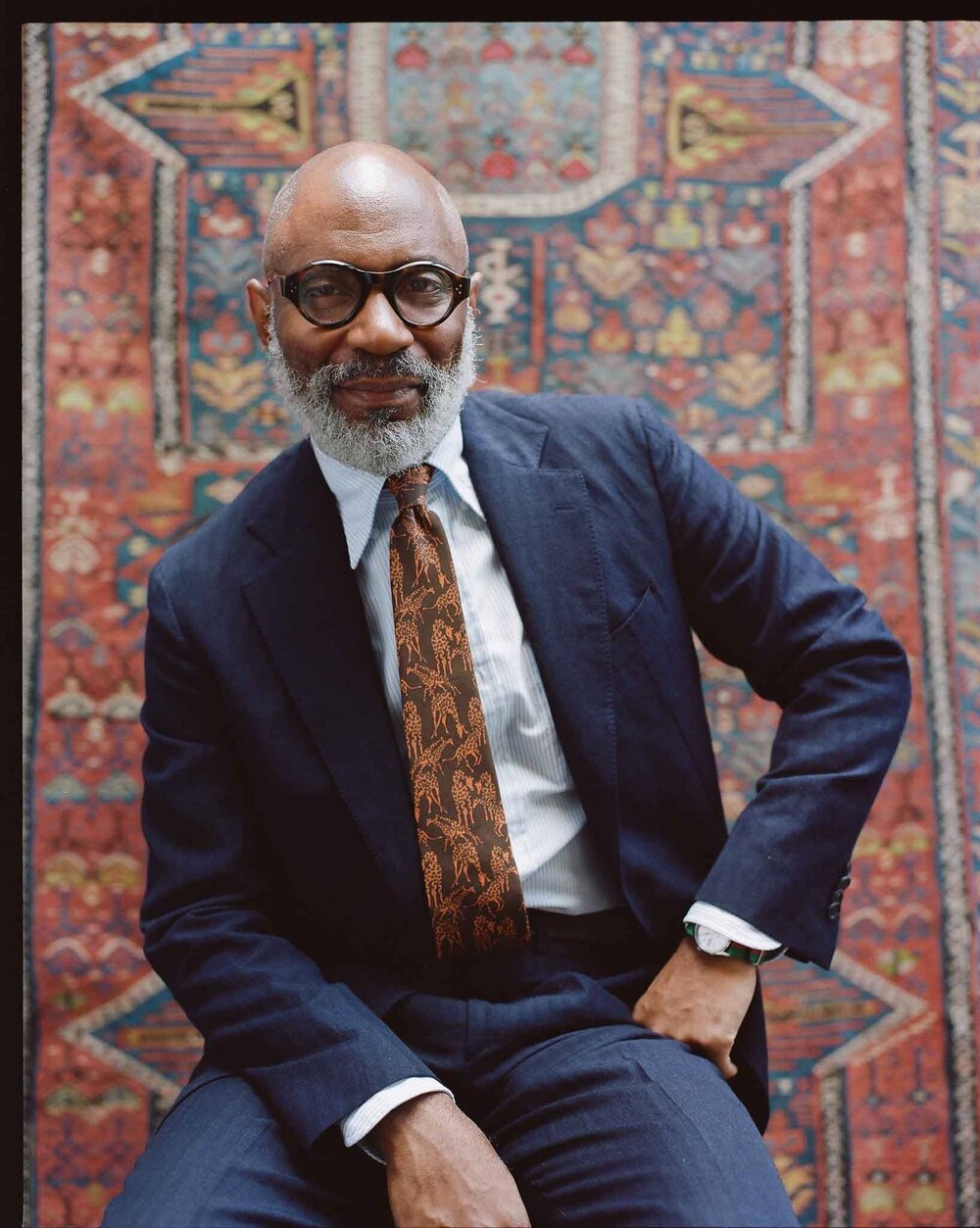 When Drake’s relocated their factory last year, they shut down its accompanying factory store, which is where they sold previous seasons’ items at a heavy discount. Now, the company is offloading previous seasons’ stock through a site called Drake’s Archive — which is available to all, assuming you can catch the flash sales.

The flash sales last three to four days, and the discounts are significant (up to 80% off). But there’s a catch: the site can be a little buggy. Sometimes the site crashes; sometimes, it doesn’t show the correct number of items in-stock. Some shoppers have reported that they’ve had their items canceled due to a lack of inventory. Many say they’ve gotten tracking numbers. If you can deal with the occasional bug, there are some excellent deals to be had. 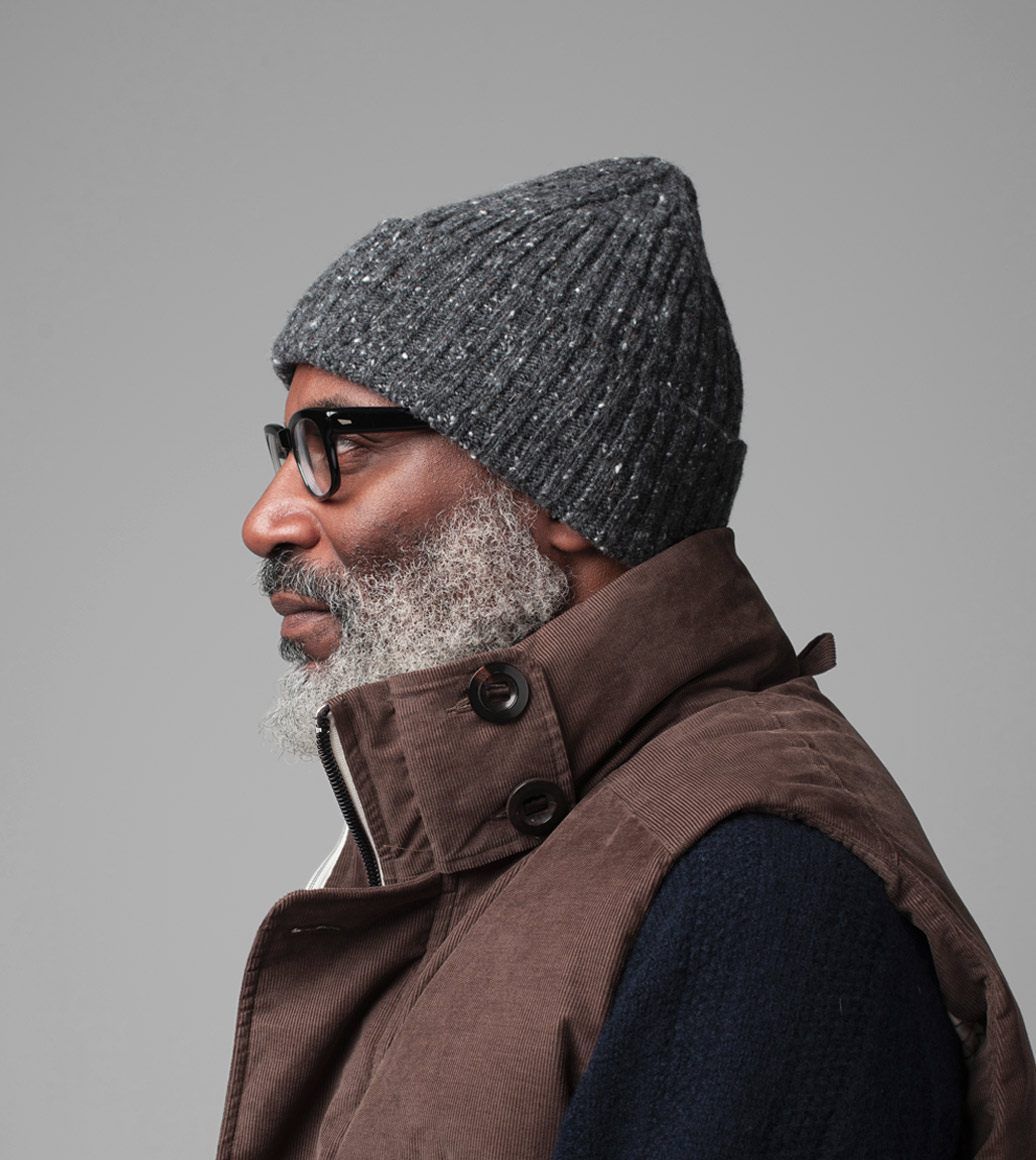 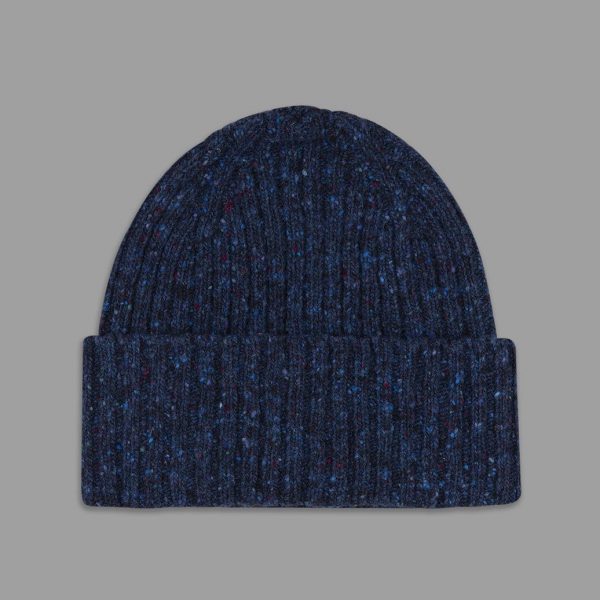 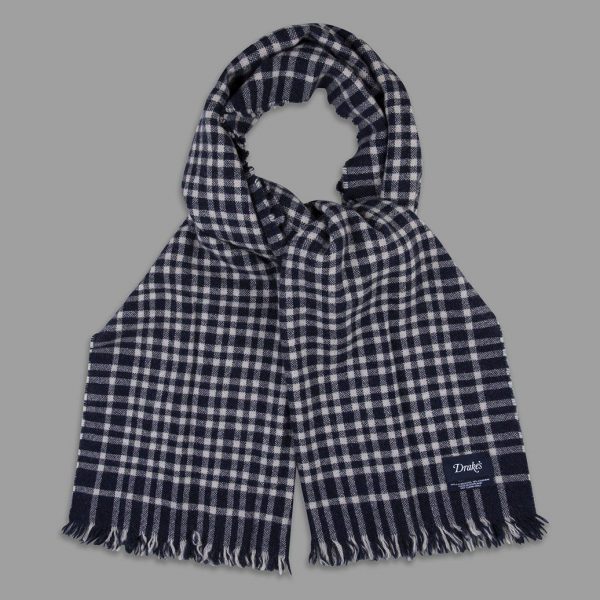 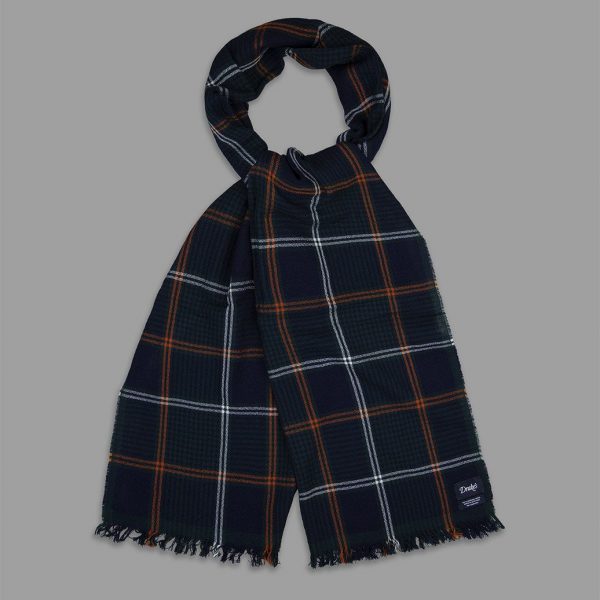 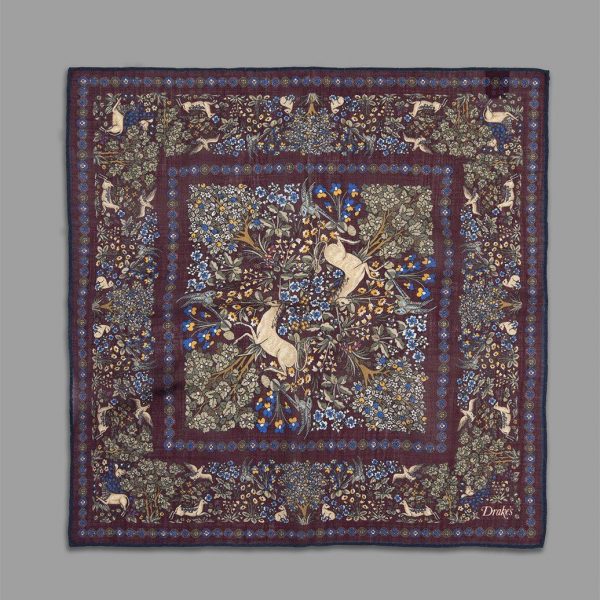 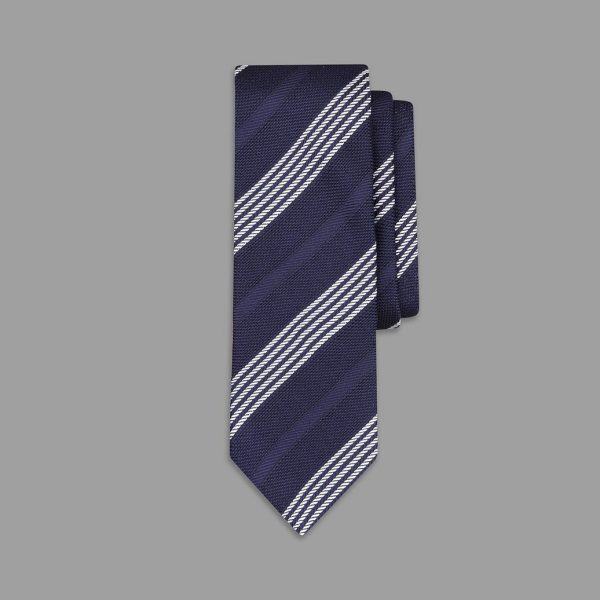 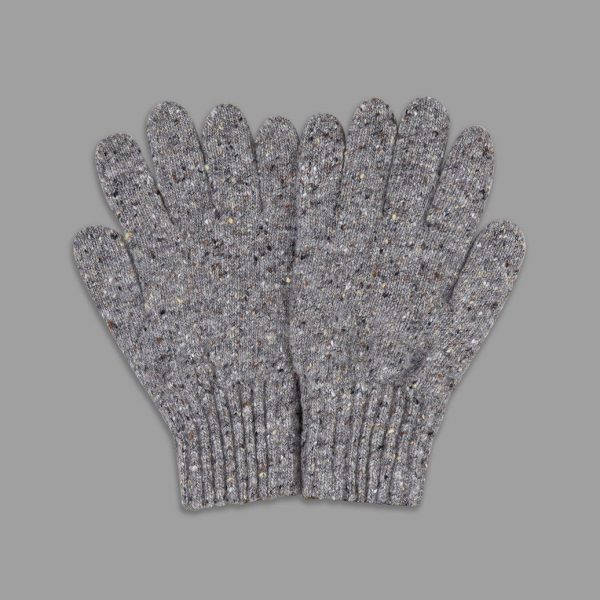 I mostly like Drake’s for their accessories, including beanies, scarves, pocket squares, and of course, ties. It’s what the company started in and what I think they still do best today. The discounts on these items aren’t that deep — at least no deeper than end-of-season sales — but they’re items I find myself using the most. Drake’s beanies are the perfect shape and go neatly in almost any casual wardrobe. The company has them in various colors and materials once you go a little deeper in the sale section.

The prices are a little higher for the scarves, but I like the designs. This simple blue lambswool-blend check would do nicely with a denim trucker jacket (my go-to lately for outerwear). The pure merino scarves are a little softer (lambswool is a little itchy). Somewhere towards the back of the sale section, you can find the company’s famous ties and pocket squares. This wine-colored unicorn square is based on the famous French tapestry La Dame à la licorne. Back in the day, David Evans, a now-defunct Macclesfield silk printer, used that design for their private label manufacturing. When the company closed, their design books were sold off, some of which landed at Drake’s, a former David Evans customer. 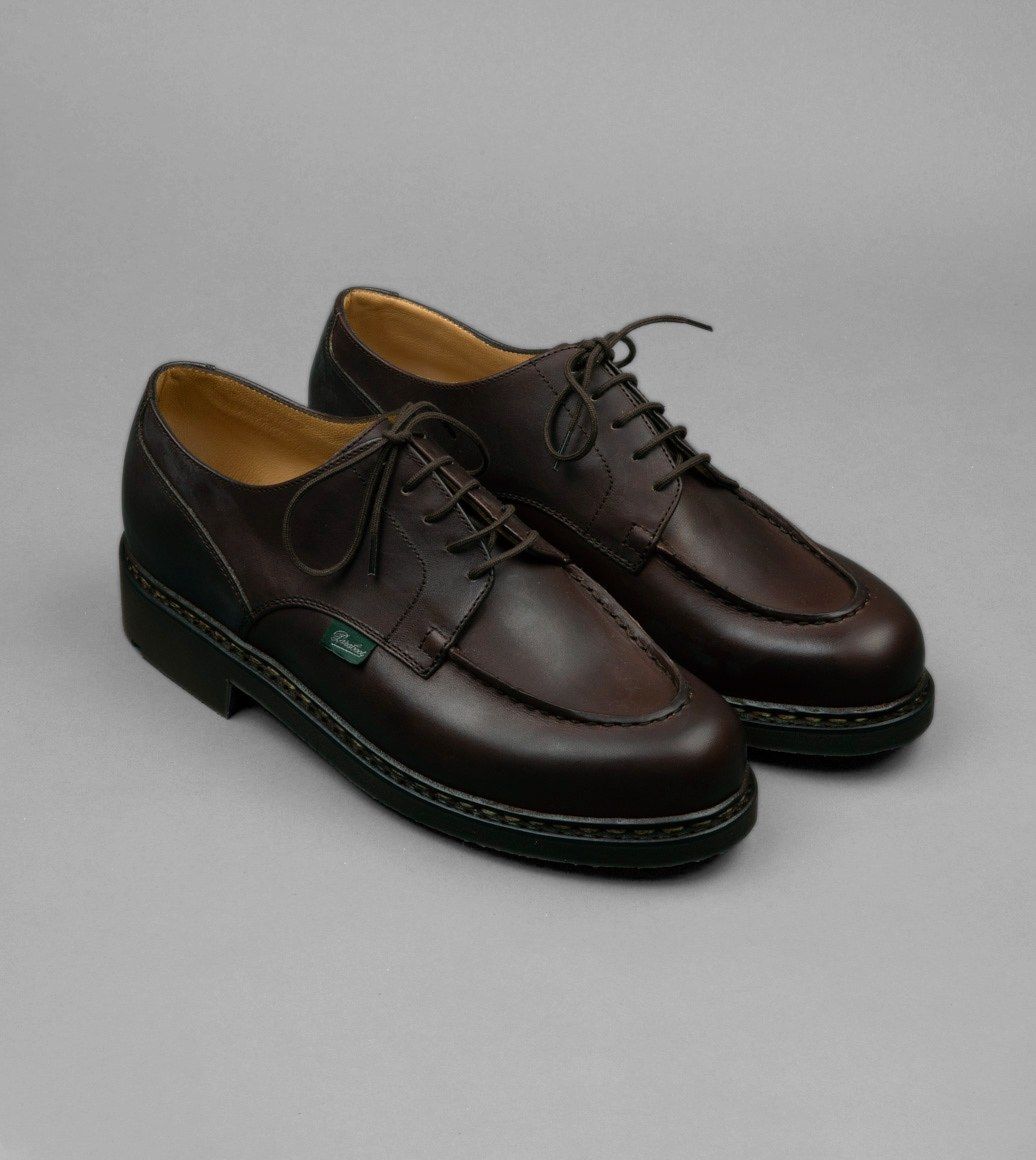 Paraboot’s shoes are very far from the sleek, heavily stylized dress shoes you see on Instagram. But they work wonderfully with raw denim jeans, heavy knitwear, and chore coats — increasingly a Drake’s aesthetic nowadays. I particularly like the Chambord model pictured above. The rugged derby has a raised apron, thick rubber sole, and a Norwegian welt to keep out the rain. Drake’s also has Paraboot’s Michael, the company’s version of Tyrolean stompers. 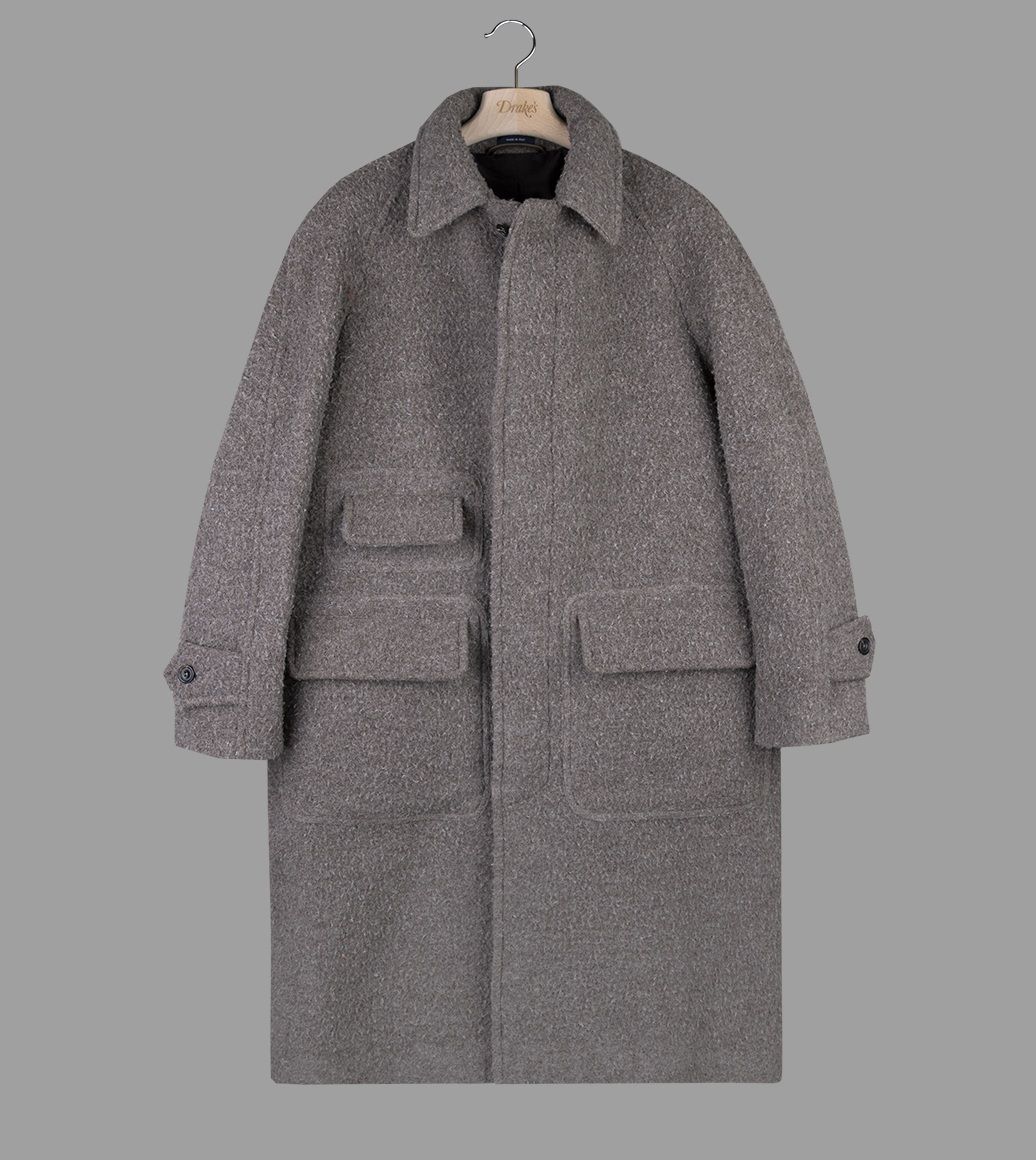 Not exactly cheap, but I love Drake’s raglan-sleeved overcoat. They make it every winter season in different materials — boucle, Casentino, tweed, and various wool blends. The style has a cheeky ticket pocket on the side, which is a sort of polarizing detail (some people hate it, some people love it). I think the collar is well designed and looks good when popped from the back. Best of all, the voluminous A-frame silhouette has a lot of verve. You can see menswear personality and Throwing Fits podcast host Lawrence Schlossman wear one on his Instagram. 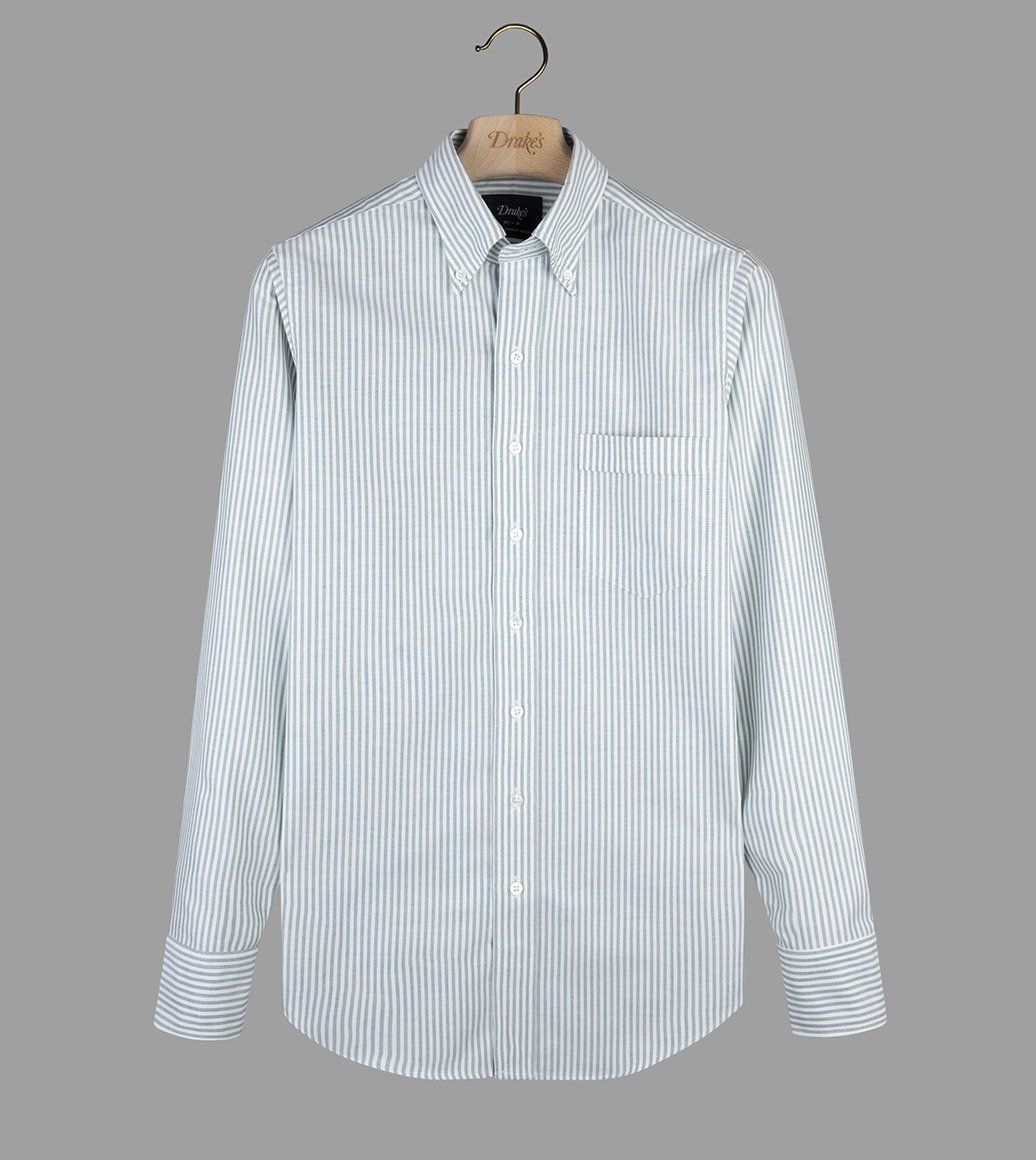 There are a ton of shirts in the sale, including Drake’s oxford cloth button-downs. One of the nice things about oxford button-downs is that they stretch across such a wide range of wardrobes. Naturally, you can wear them with suits and sport coats. At the same time, they go appreciably well with denim jackets, field jackets, and the kind of offbeat Japanese workwear from Engineered Garments. Drake’s oxford shirts are made from a chunky cloth and have an appreciably expressive role. You can see Mark Cho wear one in his “how to dress at home” video. 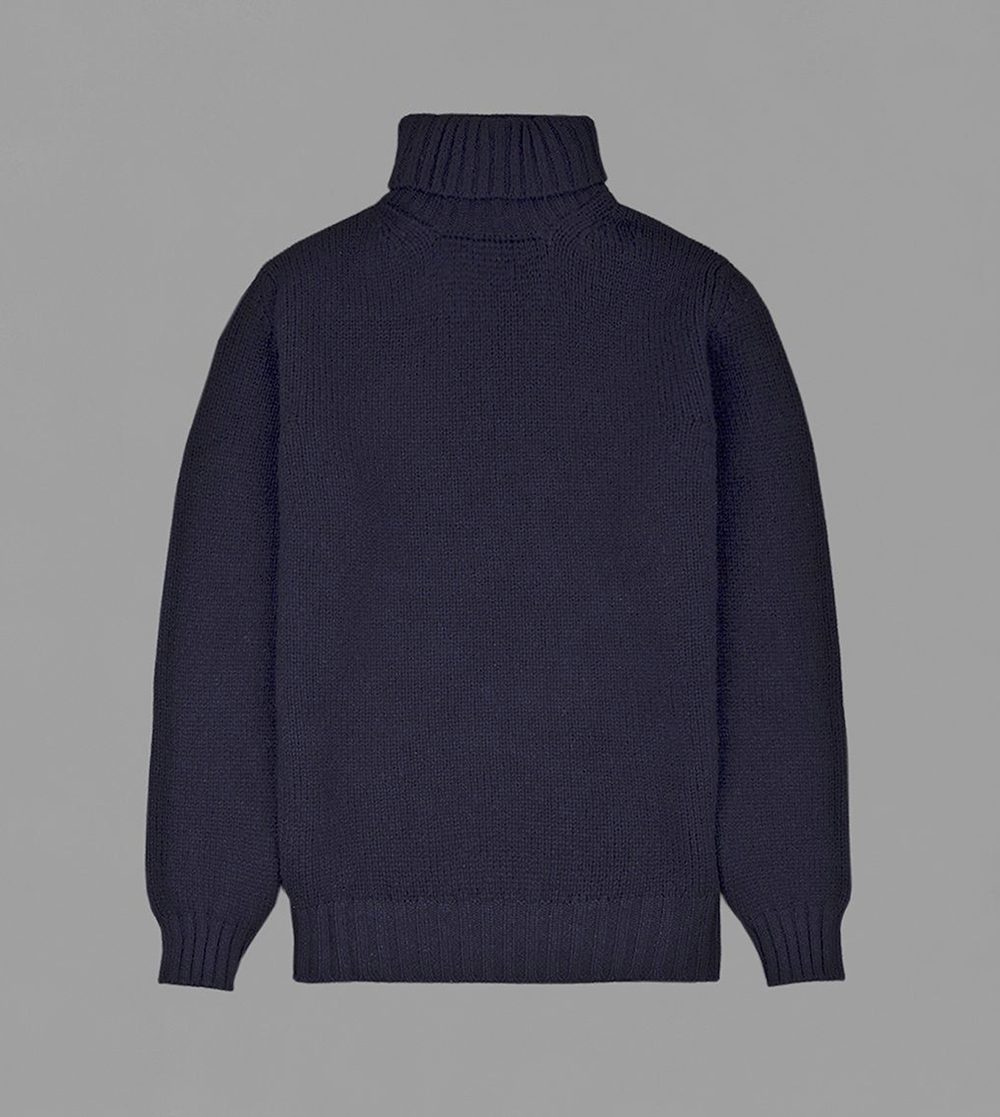 I like turtlenecks with any outerwear that has a contrast collar. That can be the corduroy collar on a waxed cotton Barbour jacket or LL Bean field coat. Or a sherpa collar on a bomber jacket. Somehow, the taller neckline looks so good with those outerwear styles.

Drake’s has some lambswool versions in two basic colors — navy and grey. Since they’re made from lambswool, some readers who are particularly sensitive to wool may find them a bit itchy. I get around this by tying a cotton bandana around my neck and tucking it underneath the ribbed collar. Note that Drake’s knitwear is sometimes sized by the garment’s actual chest size (although, not always). That means that some knitwear marked 40 means that it’s made for someone with a size 40 chest, whereas other knits marked 40 means that the garment measures 20″ from armpit to armpit. Best to double-check with the company before ordering.

Lastly, on the subject of Drake’s, Jason Jules, who often appears in the company’s lookbooks, is launching a menswear blog soon. In an Instagram post, he says that the site will have interviews and product reviews. We’re very excited.

Filed Under: Drake's, It's On Sale