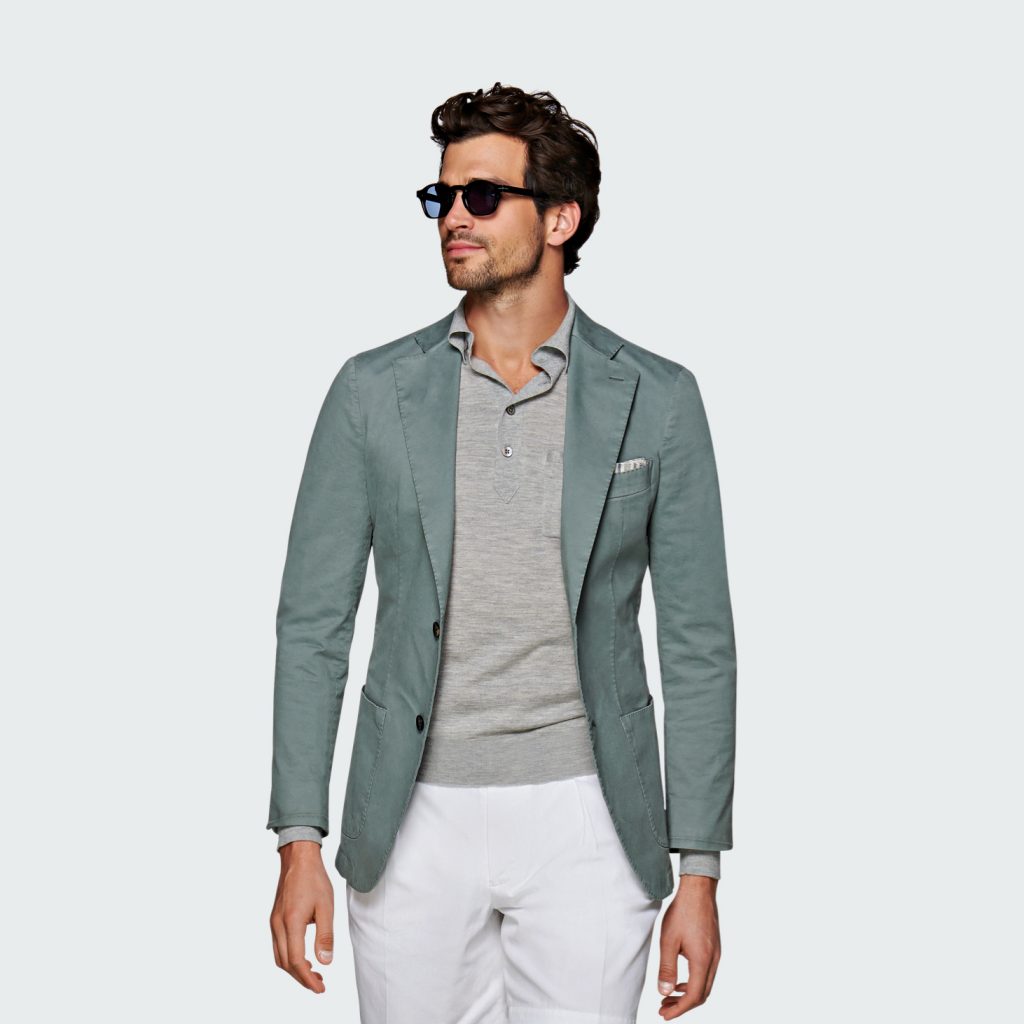 The other week, I got an email from Suitsupply, hepping me to their new “mint” collection of blazers, sweaters, and tees. Ordinarily, I would have been surprised to see this more pastel tone be so prominently pushed, especially in an era where olive is still the reigning shade of green. However, months ago, I was told to anticipate a summer of mint menswear thanks to Brian Trunzo who, at the time, was tasked with prognosticating about these things as a senior trend forecaster.

Trunzo should be familiar to loyal PTO readers as he, alongside Mike Breen, founded Carson Street Clothiers in NYC. Most recently, Brian weighed in on last year’s PTO post about the changing trends in the sneaker world. He’s now head of men’s fashion sales for UBM plc, but when I spoke with him in late winter, he was still working with the premier forecasting company, WGSN. Among their clients include many of the world’s biggest fashion brands, such as Levi’s, Uniqlo, Brooks Brothers, Nike and dozens of others.

Forecasting companies like WGSN exist primarily because designing, producing, and distributing clothes is still a time-and-labor intensive endeavor, least of all when you’re dealing with globalized supply chains. The Fall/Winter 2019 lines hitting the runways and lookbooks now would likely have been planned out as far as two years ago. This lag time means that, if companies gamble on the wrong trends, they can’t adjust course until the tail end of the trend or miss out entirely, resulting in millions, if not billions, of dollars in unsold stock. Therefore, it behooves brands to make informed decisions as to what colors, cuts, and other style preferences to work with. That means turning to forecasters, who crunch multiple forms of data to come up with their predictions.

Trunzo described his work at WGSN as “a witch’s cauldron of anthropology, sociology, data science, and common sense.” At the top level, the company uses proprietary software that scrapes and crunches sales data from major retailers and brands, but when it comes to anticipating future trends, Trunzo said “I always start with a hunch, to be honest, as unscientific as that sounds. I’m constantly paying attention to what’s happening around me, and I’m fortunate enough to live and work in New York and have access to so many people who are really at the center of where trends are created, at least in North America.” Along these lines, Trunzo’s previous experience as a retailer enhanced his network of friends and peers who, over the years, have formed a “sounding board” for him bounce his hunches off of. He also keeps “tons and tons and tons of blogs, newspapers, magazines in my RSS feeds. I make sure I’m always adding stuff into mood boards every day to make sure I’m not missing anything, and I just connect the dots.”

Part of the challenge in this work is taking what may seem like small points of data and then extrapolating their implications to a grander level. For example, Trunzo explained that trend spotting earlier in the decade would have noted that “we see a lot more people are going to yoga,” but a trend forecast based on that observation would have taken the form of “athleisure is a new category of clothing for people who want to always look like they’re going to yoga.” In other words, the popularity of yoga pants circa 2012 created a set of tea leaves that companies might have used to prepare for the recent crop of track jackets and un-Hypebeast sneakers.

More recently, Trunzo forecasted the rising popularity in “hiking style,” e.g., outdoors lifestyle fashion that includes everything from the return of “long pile fleece jackets to deadhead tie dye to cleated shoes.” He based his prediction on a variety of factors, beginning with a sociological observation that “younger millennials and Gen Z-ers want to get out there and appreciate nature. A lot of this has to do with their conflicted emotions around social media and technology.” He also based his forecast on seeing how the “norm-core movement turned into Dad style where people were wearing unfashionable, chunky sneakers with intentionally poorly washed denim and oversized silhouettes.” Trunzo says this trend will peak in Fall 2019 before tapering off by Spring/Summer 2020. Get your iced-out carabiners while they’re still hot.

Retailers and brands pay serious money for other kinds of reports, but a common criticism of this industry is that they’re not predicting trends so much as helping create them. Trunzo acknowledged that self-fulfilling prophecies form a kind of “moral hazard” in this business, especially if “three or four mega-corporations do exactly what we say and flood the marketplace with the exact items in the exact colors, prints, and patterns.”

And yet, given at the pace fashion moves, even such an unlikely convergence wouldn’t make a lasting mark for more than a season or two before the next trend catches on. Trunzo noted that the older conventional wisdom was that fashion moves in 20-25 year “nostalgic curves,” e.g., what was popular in the 1970s made a come back in the 1990s. However, Trunzo thinks we’ve shifted into a postmodern moment where “menswear is moving so fast that the rulebook has been more or less thrown out the window,” especially given how “younger generations have this appreciation for irony, almost these tongue-in-cheek, ironic hot takes are the lifeforce behind youth fashion.” (His example: the resurgence of Crocs).

In other parts of his career, whether as a retailer or now as a buyer, Trunzo can allow more parts of his personal taste to color his decisions but when he was a trend forecaster, he admitted that his own tastes were beside the point. “Crocs, Birkenstocks, any sort of gorpcore footwear, I am not a fan,” he shared, “but once I caught wind of where that was going, I put my biases aside and I was able to speak about [the trend] accurately.”

Returning to Trunzo’s forecast about mint being a color de jure for this spring/summer, one of his data points was a double-breasted suit, designed by Virgil Abloh, and worn by Kanye West last summer at 2 Chainz’s wedding. Love him or hate him, but Trunzo believes “you could make an argument that [West] is the source of men’s trends in America. All you really have to do is take a look at the people in his orbit, everyone from Virgil Abloh to Heron Preston to Justin Saunders to Matthew Williams. These are some of the biggest names in especially youth, but also luxury men’s fashion.” It’s not that Kanye can spark an entire color craze with a single outfit but rather, the rapper’s sartorial choices act as a bellwether for a broader design/fashion world. Trunzo pointed out how mint is similar in shade to what Adidas dubbed “semi-frozen yellow” for the popular 2017 YEEZY Boost 350 v2. See the same color pop up in enough times in enough places, and this is one way a forecast begins to form.

One of his last forecasts for WGSN was around what he described as “high design surfer style,” especially the kind of wrap-around “blade” sunglasses associated with Oakley that were big in the ’90s. What initially sparked Trunzo’s hunch was news that the Milan streetwear retailer Slam Jam had taken on Oakley as a client. Trunzo forecasted that by spring/summer 2021, we’ll be in the throes of a “bad boy progressive surf” trend. “Be on the lookout for Oakley in 2021,” he insisted with a smile. “You heard it here first.”