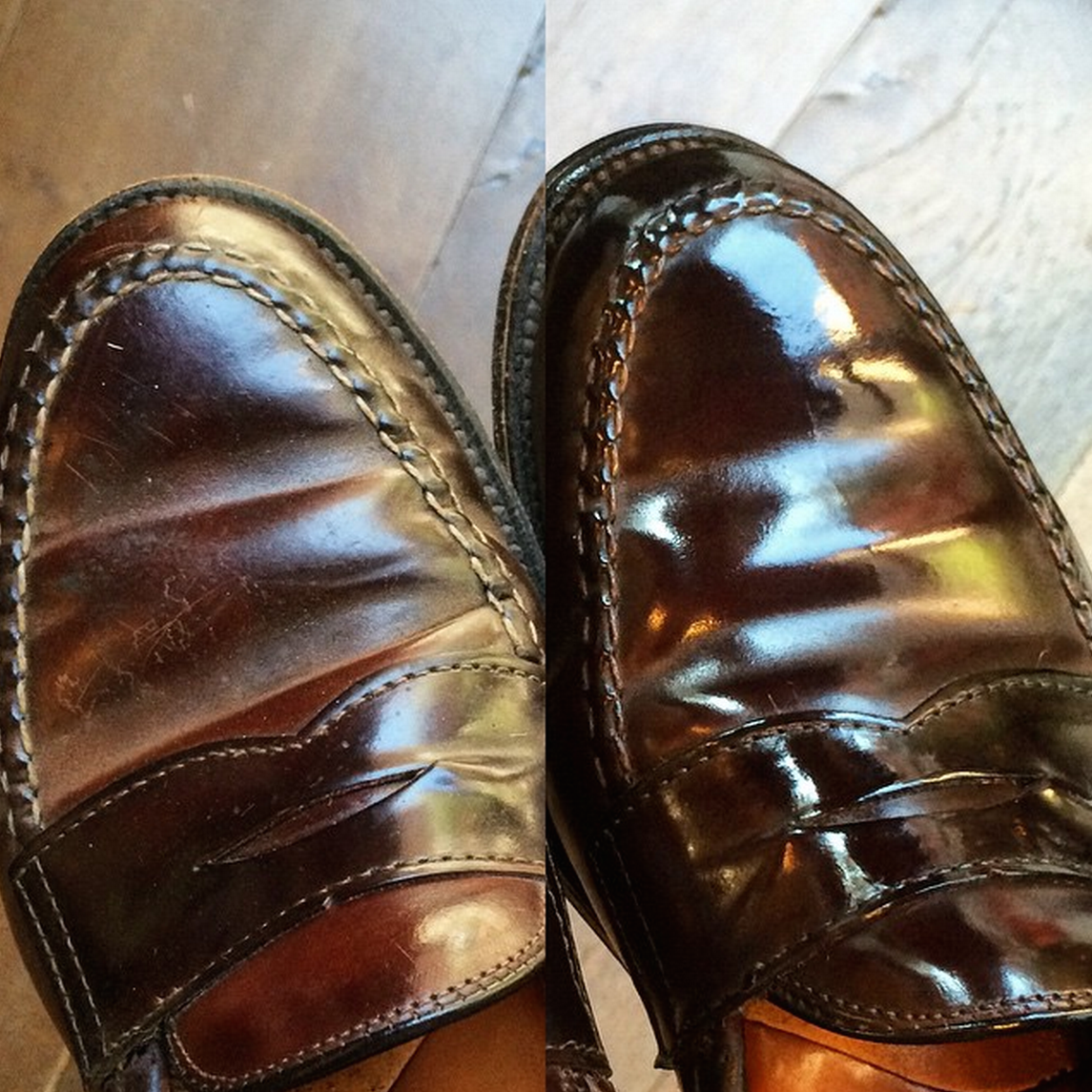 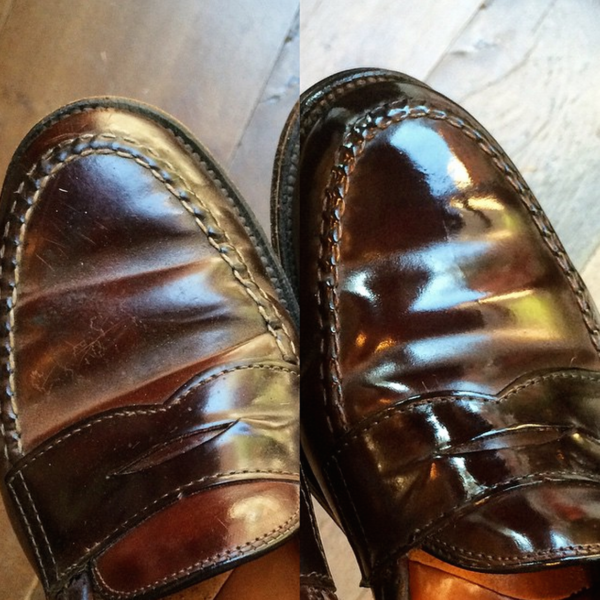 Want to know a dirty secret? Shell cordovan – that durable and robust leather known for its luster – doesn’t stay shiny for long. It can look pretty dull after a year’s worth of wear, and afterwards, it’s hard to get that factory-fresh gleam again.

Readers of online menswear forums might be familiar with The Mac Method. Invented by Macarthur, a man known for his love of argyle socks and Alden shoes, it involves using a bit of polish every fifteen wears and brushing until your arms fall off. It’s hard to argue with his results, but I haven’t had much luck with the technique.

A Shine & Co recently held a special event at Leffot, where they treated customers to their special shoeshine services. Among those shined were the shell cordovan loafers you see above – which look like night and day after A Shine & Co. was done with them. I spoke to KeaLani Lada, one of the company’s co-owners, about how they treat shell cordovan leather:

To get your shoes professionally shined, you can visit A Shine & Co at any of their seven locations. They have four in San Francisco and three in NYC. They also offer repairs and restoration services for all types of leather goods – from shoes to belts to bags. For those services, customers outside of San Francisco and NYC can just mail-in their stuff.