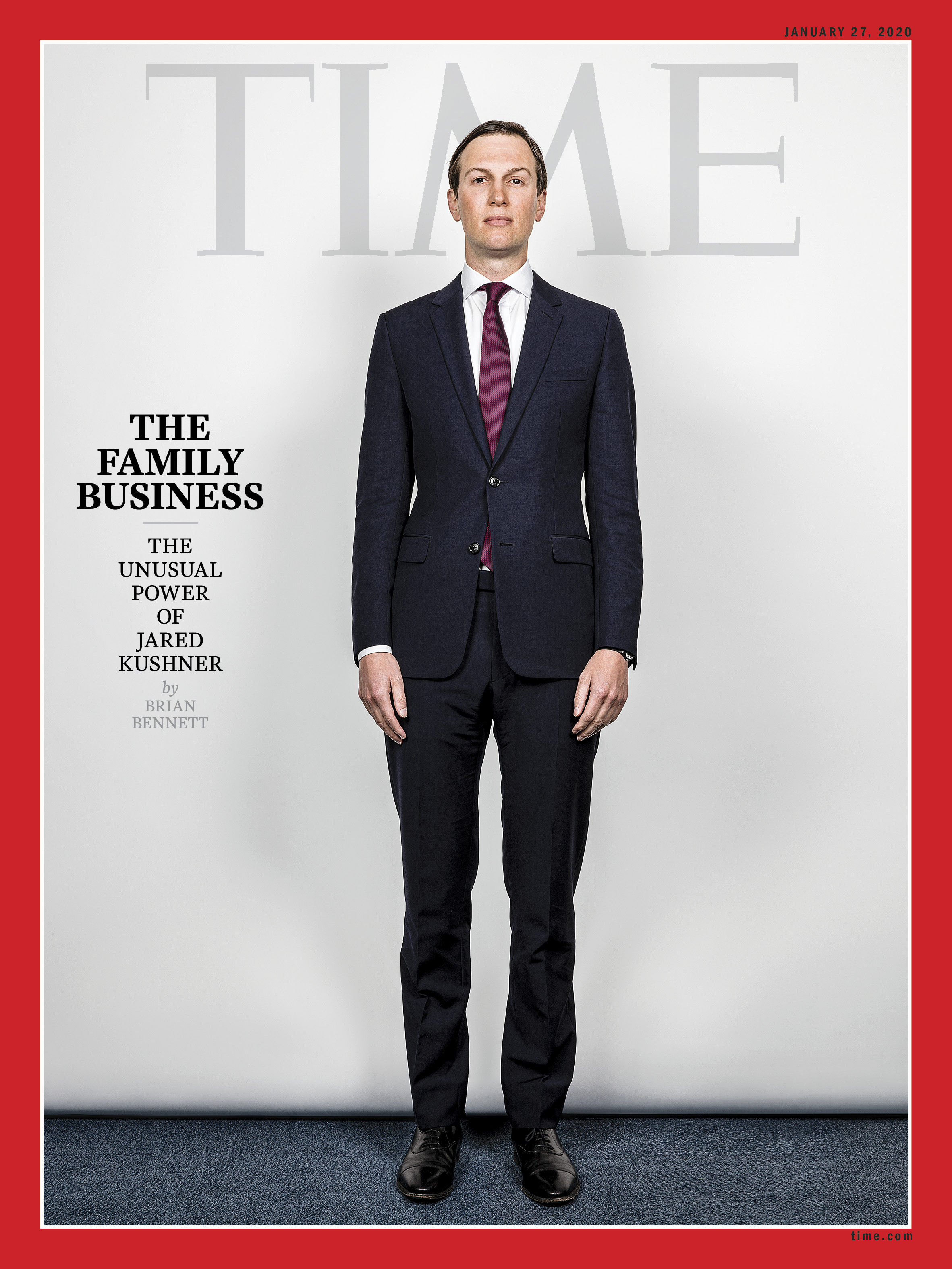 The latest issue of Time Magazine, which hits newsstand today, features President Donald Trump’s son-in-law, Jared Kushner. The story is about the power Kushner wields in the White House, but everyone online is seemingly focused on something else: his strange and unnatural pose, which is eerily similar to the one guys use when asking for feedback on their suit. “He looks like a robot who needs his batteries changed,” Nichole Gallucci writes at The Mashable, “or a mint condition political Ken Doll fresh from the box, or a wax figure version of himself, or, like, a corpse that’s been neatly propped up against a wall.” The cover has inspired hundreds of memes on Twitter.

There’s something else that’s strange about the photo. With a waist that’s heavily suppressed and the hips curvy, Kushner almost looks like he’s wearing a corset. The Daily Dot suggests that Time may have Photoshopped him, which is often done to women in the media, but here it just went a bit awry.

We can’t confirm if Kushner was Photoshopped, but there’s another reason why his hips look wider than usual: he’s wearing a short jacket.

The trend for short jackets started in the early aughts with Thom Browne, who riffed on the 1950s Man in the Gray Flannel Suit stereotype by shortening the silhouette all around. That meant a short jacket and shorter pants, along with a higher placement for everything else — a higher buttoning point and notch to keep things in proportion. We’ve written about the dangers of short jackets before. Unless you have a very slim figure with shoulders considerably wider than your hips, a short jacket will make you look heavier than you are. 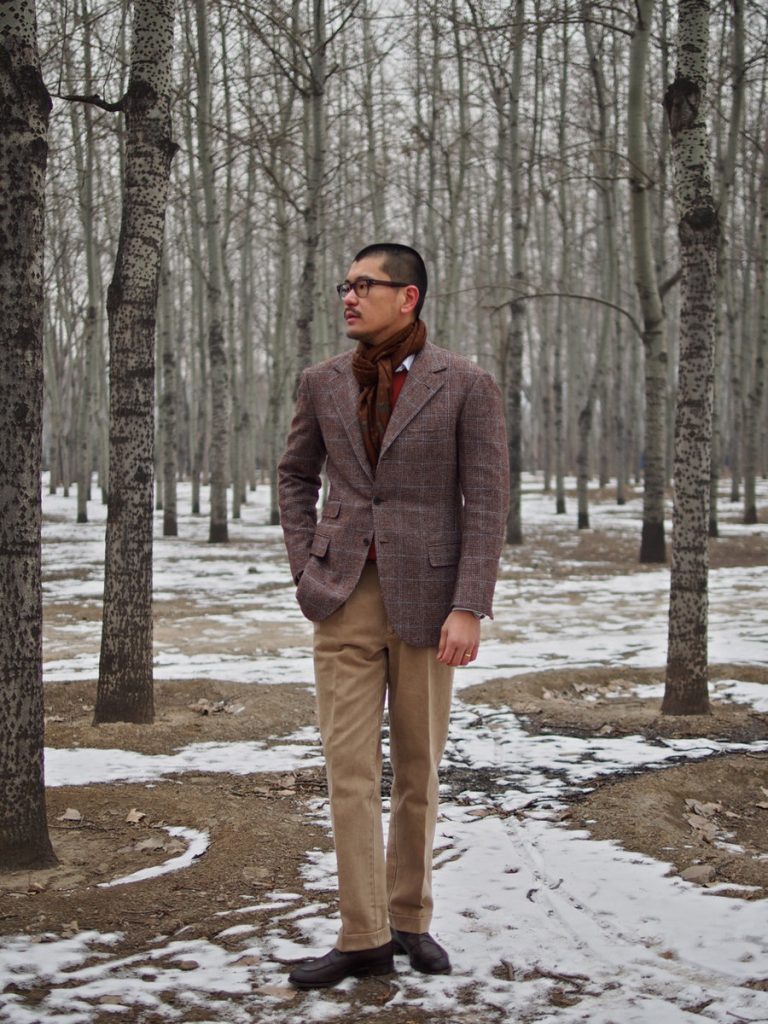 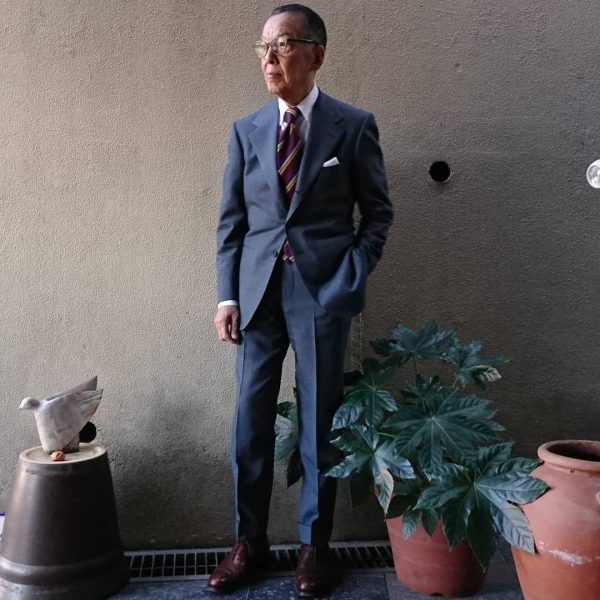 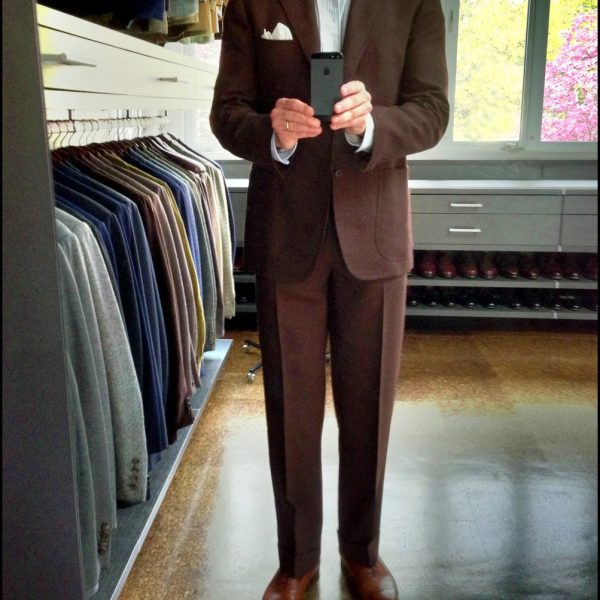 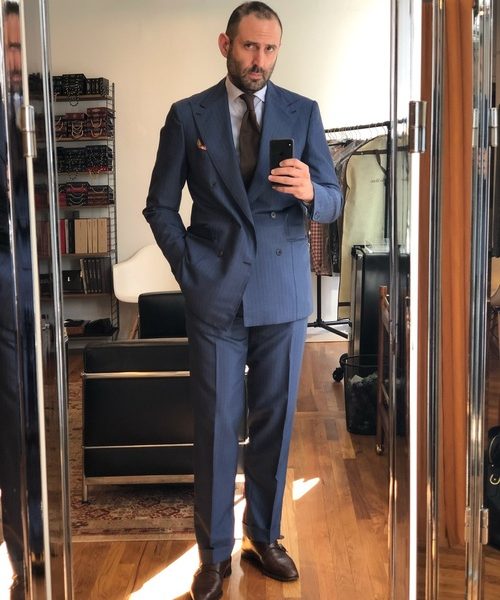 Greg at No Man Walks Alone 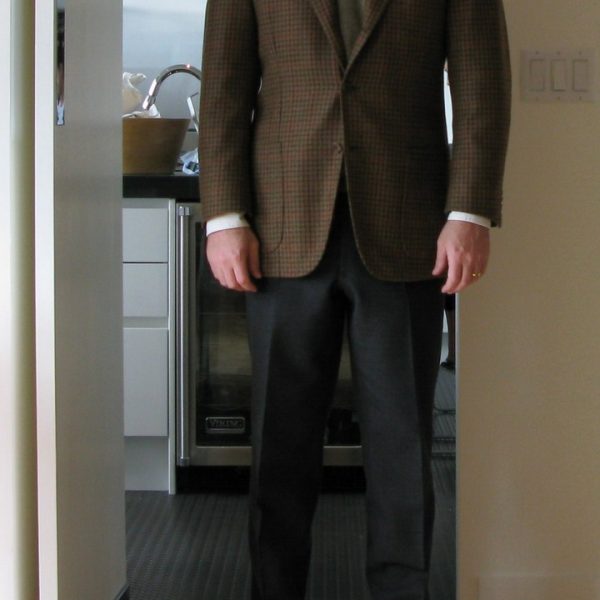 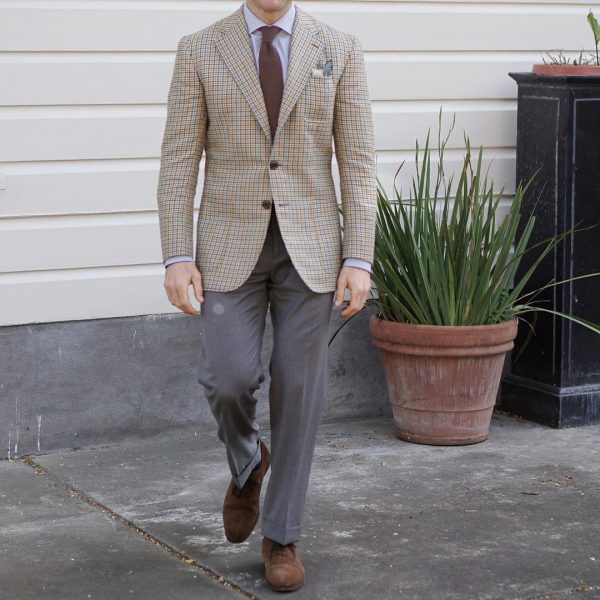 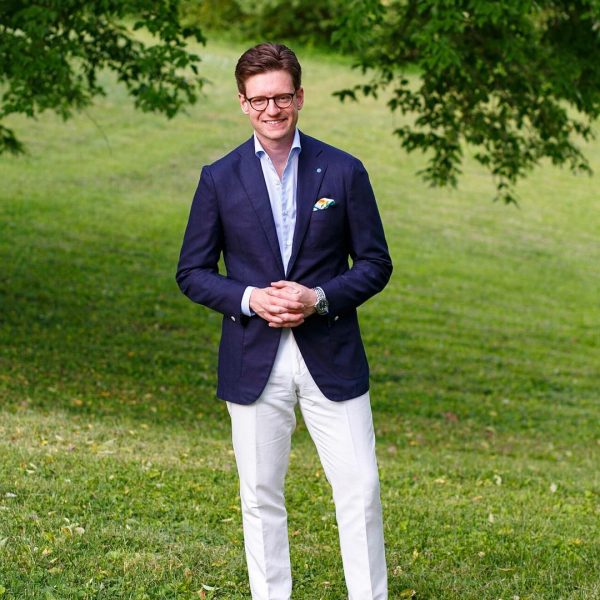 While not always true, long jackets often flow a bit more smoothly over the hips (compare the examples above to Kusher’s silhouette). Short jackets tend to flare out, and since the hem terminates right at the hips, they bring attention to the area’s width. Traditionally speaking, in classical Western aesthetics, the ideal male figure is wider at the shoulders than the hips (think of Michelangelo’s David or the Da Vinci’s Vitruvian Man). Women, on the other hand, are typically represented with hips that are wider than the shoulders.

Short jackets can sometimes work in more casual ensembles. But in tailoring, they can make you look feminine by emphasizing the hips. If a guy has narrow shoulders, he can look downright pear-shaped.

I find that, unless a guy has been wearing suits and sport coats for a long time, he often goes for a shorter jacket than he should. I suspect this partly because of trends. The more affordable lines for tailored clothing tend to be trendier because they have to appeal to more people. And the current trend is for short jackets. I also suspect it’s because it takes a while to figure out how tailored clothing should look. If you mostly wear casual clothing — trucker jackets, cafe racers, and bomber jackets, which are traditionally cut short so they fit comfortably when the wearer is seated — then a longer suit jacket can feel strange to you at first.

As a general rule, suit jackets and sport coats should always be long enough to cover your bum. But it’s hard to judge this without a three-way mirror. The other commonly cited rule is that the jacket should end somewhere near your second thumb knuckle, such that you can cusp your fingers around the coat’s hem when you’re wearing it. But that also depends on the length of your arms.

I like another rule better: the hem of your jacket should roughly bisect you halfway between your jacket’s collar and the floor. There’s some wiggle room here — you can go a little longer or shorter for the sake of style. But once you get a jacket as short as Kushner’s, you can look like you have childbearing hips.