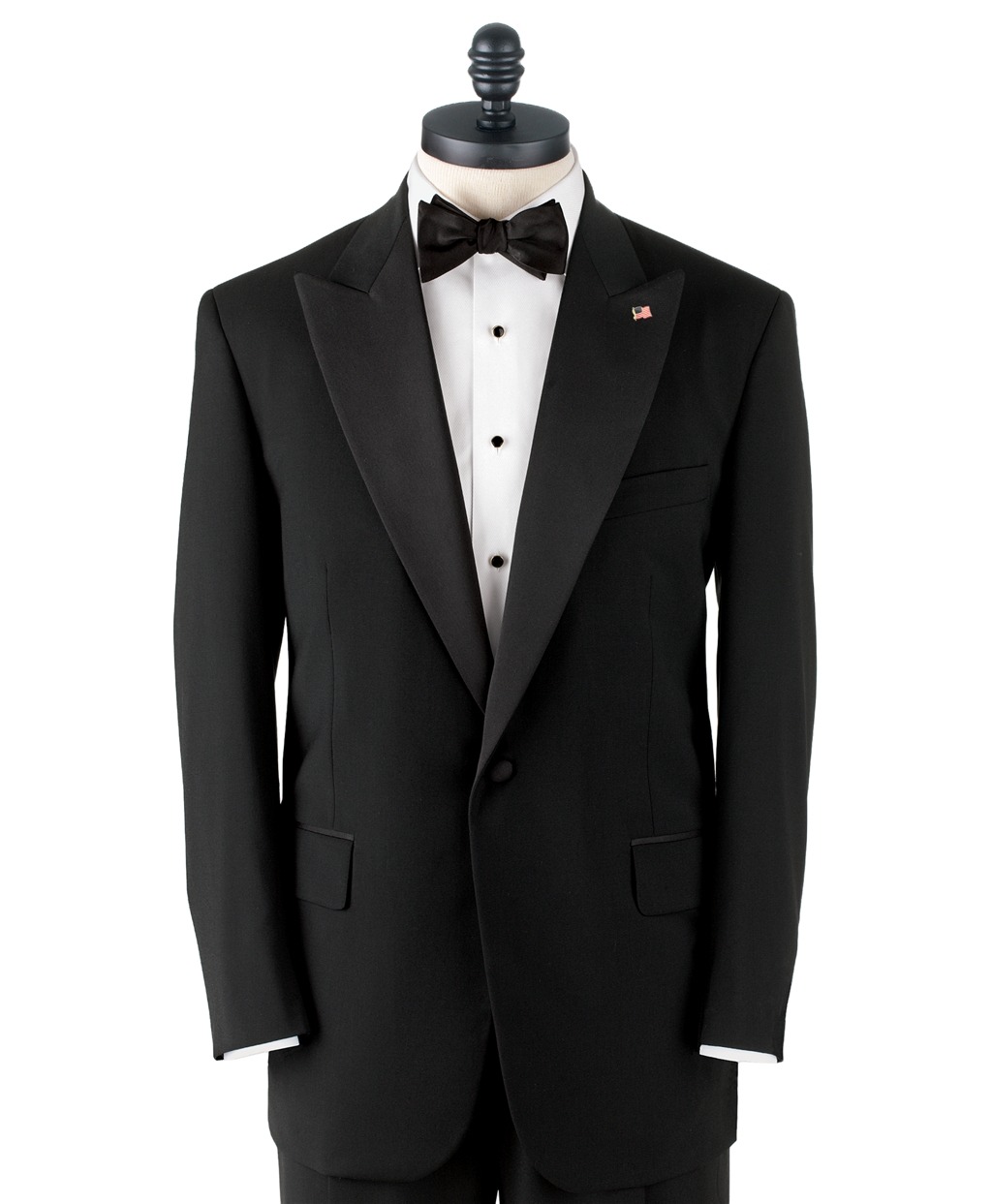 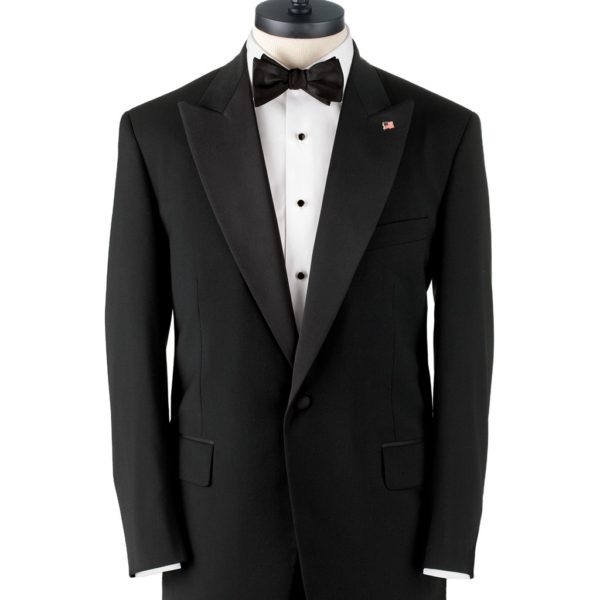 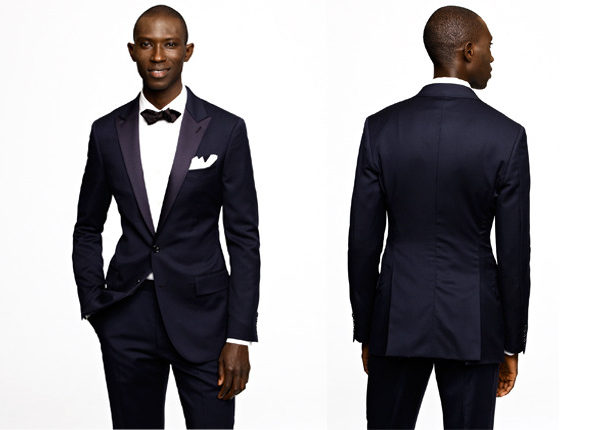 Jason asks: I wanted to ask your opinion on J. Crew Ludlow tuxedos.  I live in Tribeca and often walk by the Ludlow shop on Hudson and like the look of their tuxedos displayed in the store front window.  I was also considering going to Brooks Brothers for a tux. Can you help?

Here’s the thing about tuxedos: they’re expensive, and unless you go to a lot of charity galas, you won’t end up wearing them a lot. Heck – I’m going to a film premiere tonight, and I’m told I should show up in a suit. So if you want the expenditure to be a reasonable one, you’ll need to buy something that you’ll feel as happy wearing ten years from now as today.

One of the J. Crew Ludlow tuxedos is the lower picture above. It’s fun. If I were a young guy from a CW show going to the Emmys, it might be the perfect thing. But in five years, the stuff that seemed fun (like the low-waisted pants, double vents and super-narrow lapels) will seem dated. The six or eight hundred bucks it’ll cost is a lot for one or two wearings.

So I’d recommend going one of two ways. The first is to go classic. Here in the States, if you’re talking about going to a store and buying off the rack, that really means Polo or Brooks Brothers. Both have great options like the one on the mannequin above that will look as classic in 2035 as they do now – if there’s still black tie at all then. Both will also be a bit more expensive than J. Crew, though I think they’re also a little better in terms of quality-to-price ratio.

The budget option is to go vintage. This takes shopping time and patience, but you can save a lot of money. As long as you’re comfortable looking distinctive, an older tux can look just as great as a new one. We’re talking pre-70s here, mostly. Show up in slim late-50s lapels and you won’t look dated, you’ll look retro, and that makes all the difference. Almost all black tie events are at least in part about enjoying yourself, so there’s no need to worry about not looking uber-conservative – there are no black-tie funerals. My own tuxedo was purchased at a Goodwill for $40, and it dates to the mid-30s. Looks as sharp now as it ever did.