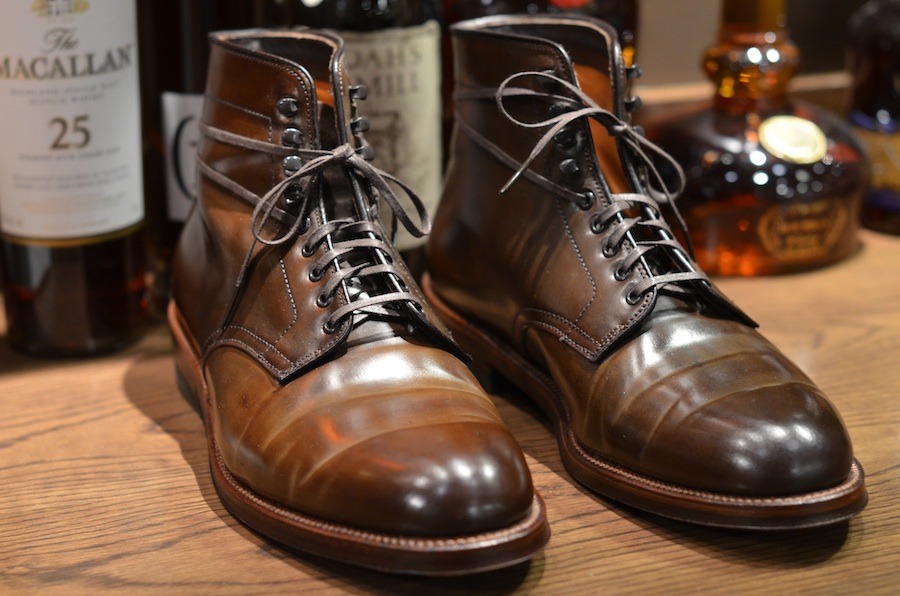 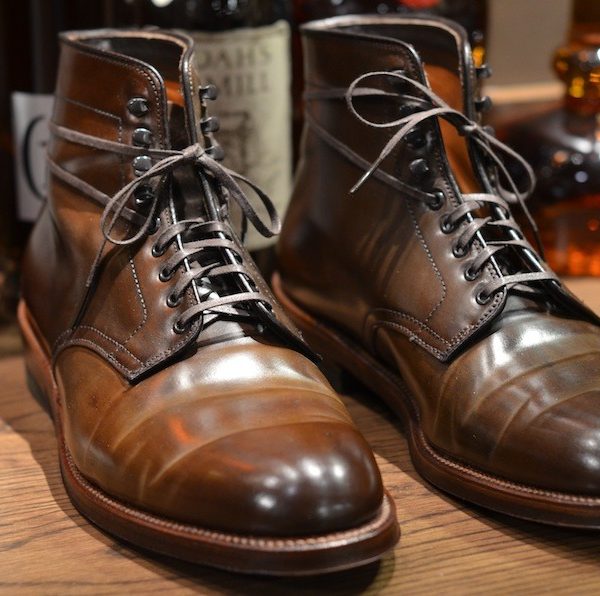 If you’ve been in the market for shell cordovan shoes, you may have noticed there’s been a shortage lately. Retailers have been slow at getting them in, largely because manufacturers can’t get the material from Horween, who is the most popular supplier for the leather. When they do get some in, it’s usually in darker colors (such as the Horween’s “color 8” and black), as lighter colors show imperfections in the leather too easily. Which means if you’ve been wanting a pair of cigar shell cordovan boots from Alden, like those shown above, you’ve had to sit on a waitlist that stretches back almost a year (I’m on such a list, and am still waiting for a phone call).

The Wall Street Journal recently published an article about what might be going on:

In the clubby world of men’s high fashion, there are rumors and theories. Some blame hide speculators who snapped up skins as the price of leather was about to rise. Others point to Chinese shoe manufacturers, saying they bought up entire horsehides—which include both the coveted small rear shell pieces and the cheaper and larger front pieces—in lieu of more expensive steer hide when prices for the latter spiked to historic highs in 2012. However, there is little proof of either.

Matthew Abbott, technical sales director at tannery Joseph Clayton & Sons Ltd., based in Chesterfield, England, said the supply of hides was also hurt by a horse-meat scandal last year in the U.K. “There was nothing wrong with the meat, just that it was misidentified,” he said. “But I suppose people didn’t want anything to do with horse for a while.”

Nevertheless, there is a glimmer of hope for those seeking a pair of loafers or oxfords. Mr. Horween reported that the hide supply began to return to pre-drought levels at the end of the last year, which means cordovan supplies for shoemakers may soon be back to normal. His advice to covetous shoppers: Sit tight. More is coming soon. That doesn’t quite mean that cordovan shoes will be plentiful, however. “It’s still not as much as the market wants,” said Mr. Horween.