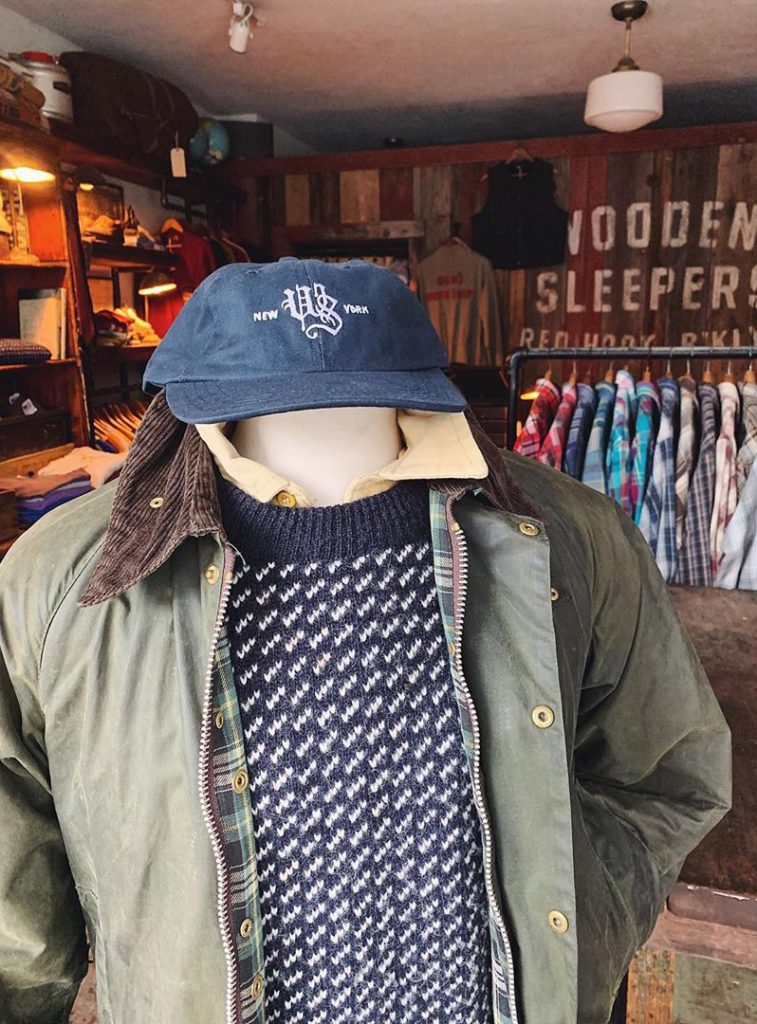 With more than ten years behind us on the prep and Americana trend, I’ve been surprised by how often I still turn to my purchases from LL Bean. The Maine-based clothier doesn’t have the same satisfaction guarantee anymore. You can only return things up to a year from your date of purchase, rather than any time you feel like it. But I’ve also never felt a need to return anything. Even as my wardrobe has grown in unexpected ways, these fairly classic clothes have held up well in terms of construction and design.

From now until Tuesday, you can take 25% off almost any purchase with the checkout code SAVE25. LL Bean is a great value even at full retail — they’re exceptional on sale, especially in today’s clothing market. Here are five things I think are worth considering:

In The Official Preppy Handbook, Lisa Birnbach describes LL Bean’s Norwegian sweater as “the nearest thing to a prep membership card.” The style was wildly popular on American campuses in the 1970s and ‘80s. At some point, LL Bean moved the sweater’s production to China and got the cold reception from consumers, so they discontinued the style for a while.

Some years ago, LL Bean brought the style back — and perhaps better than ever. The company sources its current model from its original Norwegian supplier. They’re also now made from 100% wool yarns instead of the wool-rayon blend of the originals. I like how Wooden Sleepers styled the sweater above: with a yellow chamois shirt, waxed cotton jacket, and monogramed cap. “This is a real Northeast winter look,” says the shop’s co-founder Brian Davis. “It’s functional, but still put together.”

I like the crewneck version in the iconic blue-and-white colorway, although it now also comes in a more muted brown-and-black design. The company’s Signature line, which is aimed at a younger customer, also has slimmer birdseye sweaters in a range of colors. Just don’t get the quarter-zip — it’s a little too dad-ish and not in a good way. 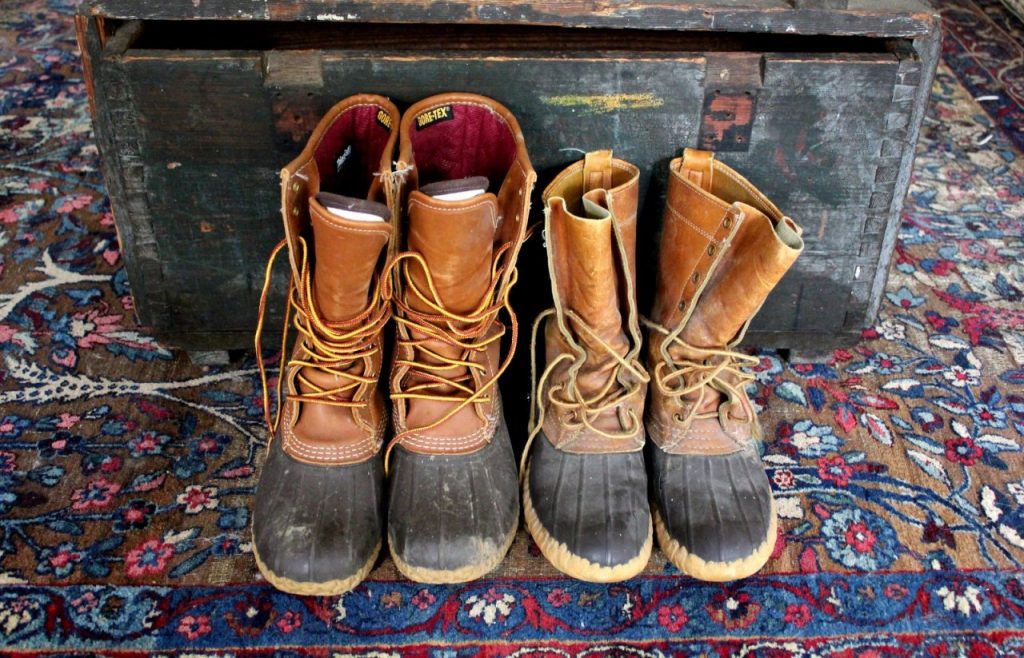 The original. The unbeatable. LL Bean’s duck boots are some of the best foul-weather boots you’ll find anywhere. Originally called Maine hunting shoes, they were designed for outdoorsmen tramping around the countryside. They have a fully waterproof rubber construction, which wraps around the top of your foot, while the shaft is made from leather. And they have that better-with-age quality we love. I leave mine out on my back porch during the summer cause I think the leather looks better when it’s sunfaded.

Bean boots come in different heights, from slip-ons to towering 16″ hunting shoes. Most people opt for the unlined 8″ model in tan (which is what I’d recommend). It’s tall enough to protect you from slushy roads, but also easy to lace-up. For friendlier damp weather, you can consider their gumshoes. If you want something you can wear below 30 degrees or so, however, you may want a lined pair. LL Bean makes them with Thinsulate, Thinsulate + GoreTex, and shearling (listed in order of warmth protection). Just note that some people report that their lined boots feel a little too warm in non-freezing temperatures. 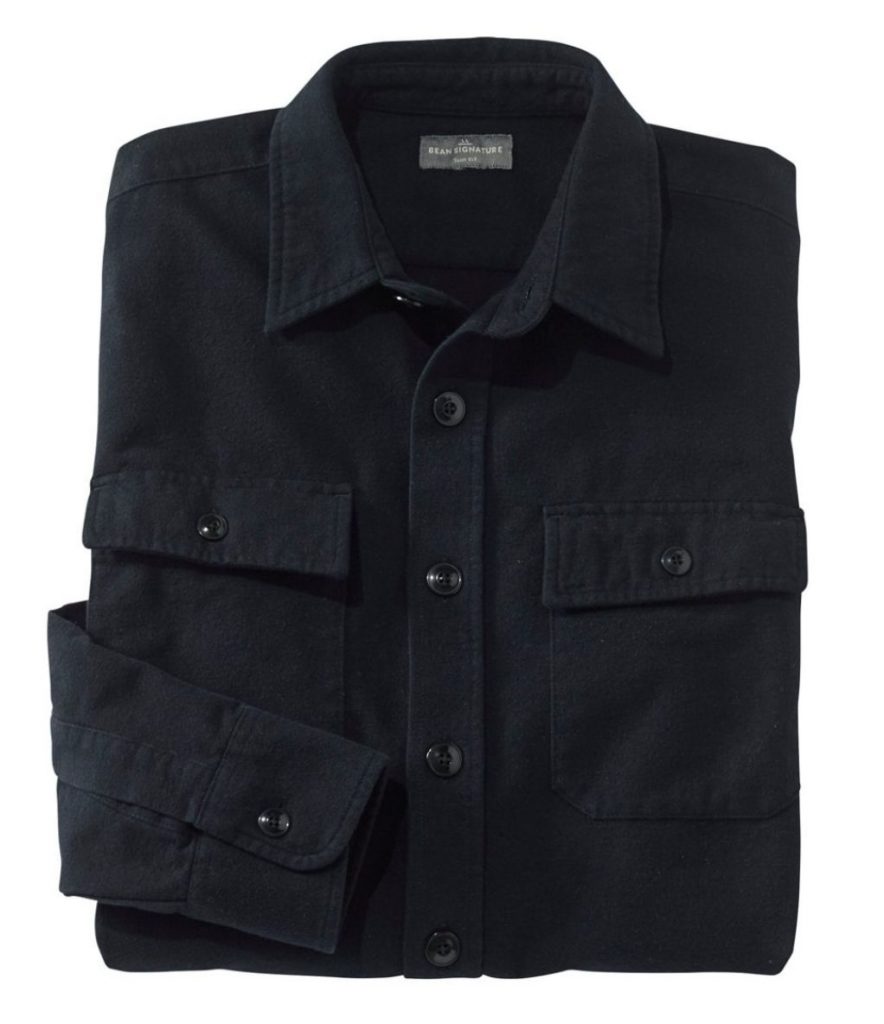 I love chamois shirts because they’re more than just comfortable — they’re calming. They feel cozy like you’ve never left your bed in the morning. The material is soft, thick, and gives you the same reassuring feeling as wrapping a blanket around your shoulders. Most of all, I love how the outdoorsy shirt naturally layers under the hard exterior of workwear — leather jackets, denim truckers, French chore coats, and the like. It’s as though you lined the underside of a protective shell with a soft layer of brushed felt.

My favorite chamois shirts are from LL Bean’s Signature line, which fits slimmer than the company’s mainline offering. The black version goes well with outerwear in almost any color. The shirt buttons are a little larger than average, which makes them easier to fasten, and the chest flaps slant towards the shoulder joints. I also like how the 7.5 oz fabric works as a shirt jacket, but can still be comfortably tucked into pants. I only wish the Signature version came in more colors — grey doesn’t seem as useful to me and I’m not crazy about the contrast buttons on the cream version. If you’re up for a more comfortable, fuller fit, the company’s mainline has a useful navy. 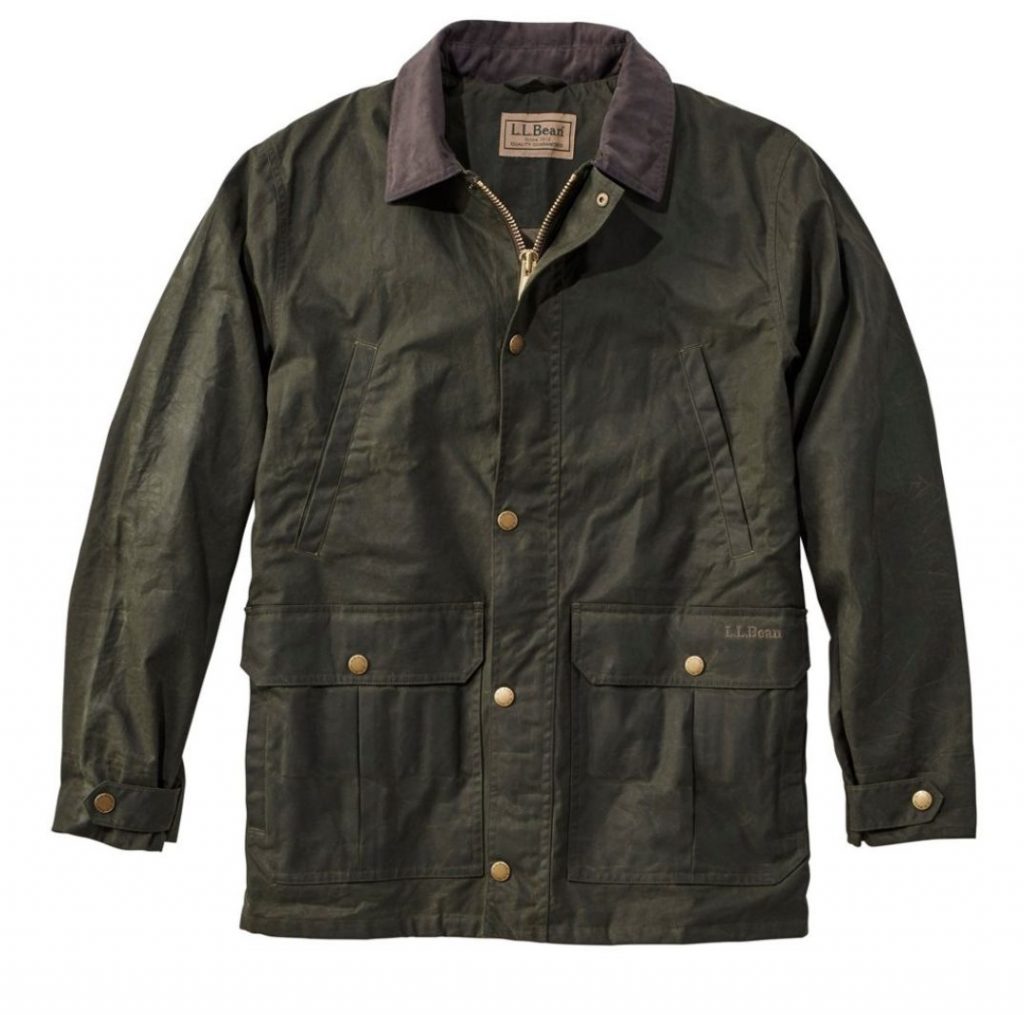 I love Barbour jackets, but they can be a bit expensive. Full retail runs $375-400, and many people find they have to pay an additional $50-70 to lengthen the sleeves. You can find a second-hand one on eBay for between $150-250, depending on the condition, but sometimes these will come with a musty smell. They can be cleaned, but that service can run you another $75-100, all costs included.

If you’re looking for something more affordable, check out LL Bean’s version. It has a small LL Bean logo on the pocket, but it’s discrete enough that I don’t mind. Bi-swing back allows for full movement when hunting or playing arcade games. There’s also a large, front-entry game pouch that’s supposed to be used for holding pheasants, but you’ll probably use for sneaking in theater snacks. 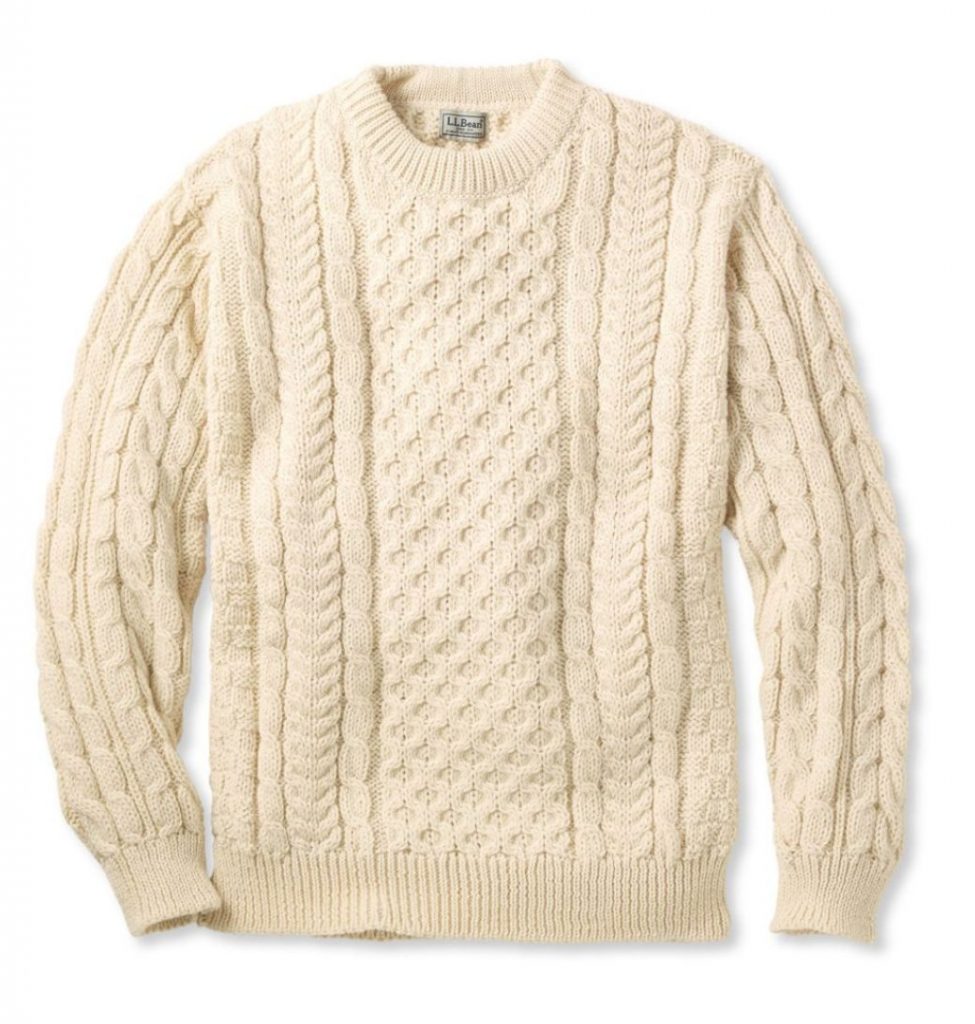 Aran sweaters fit nicely into a range of wardrobes. For guys who are just starting to dress better, this can be useful as you develop your sense of style. A chunky Aran knit pairs naturally with waxed cotton Barbour jackets for a heritage look, but can also be used in more contemporary ways, such as with trim topcoats and slim trousers. At the same time, given the sweater’s workwear heritage, you can use it for more rugged ensembles. Arans do wonderfully under stiffer, cotton canvas chore coats or slippery 60/40 mountain parkas. The different cables and bobble stitches add visual interest where a plainer, smoother sweater might be too dull.

There are a couple of good sources for these sorts of things. Aran Sweater Market is surprisingly good, even if the photos on their site aren’t terribly inspiring. Any time you’re buying something from an overseas shop, however, you’re taking a risk. The other option is to go deadstock, which is where you can sometimes find more textured, handknit varieties. Or go upscale for something truly luxurious, such as the Arans from Inis Meain.

LL Bean is a happy medium between all these worlds. Their Arans are knitted on automatic machines, but they’re still nicely textured. They’re also made in Ireland, which gives them some provenance. Since you’re ordering from a domestic company, it’ll also be easier to make a return if things don’t work out. For $134, it’s a solid value.

Filed Under: It's On Sale, LL Bean