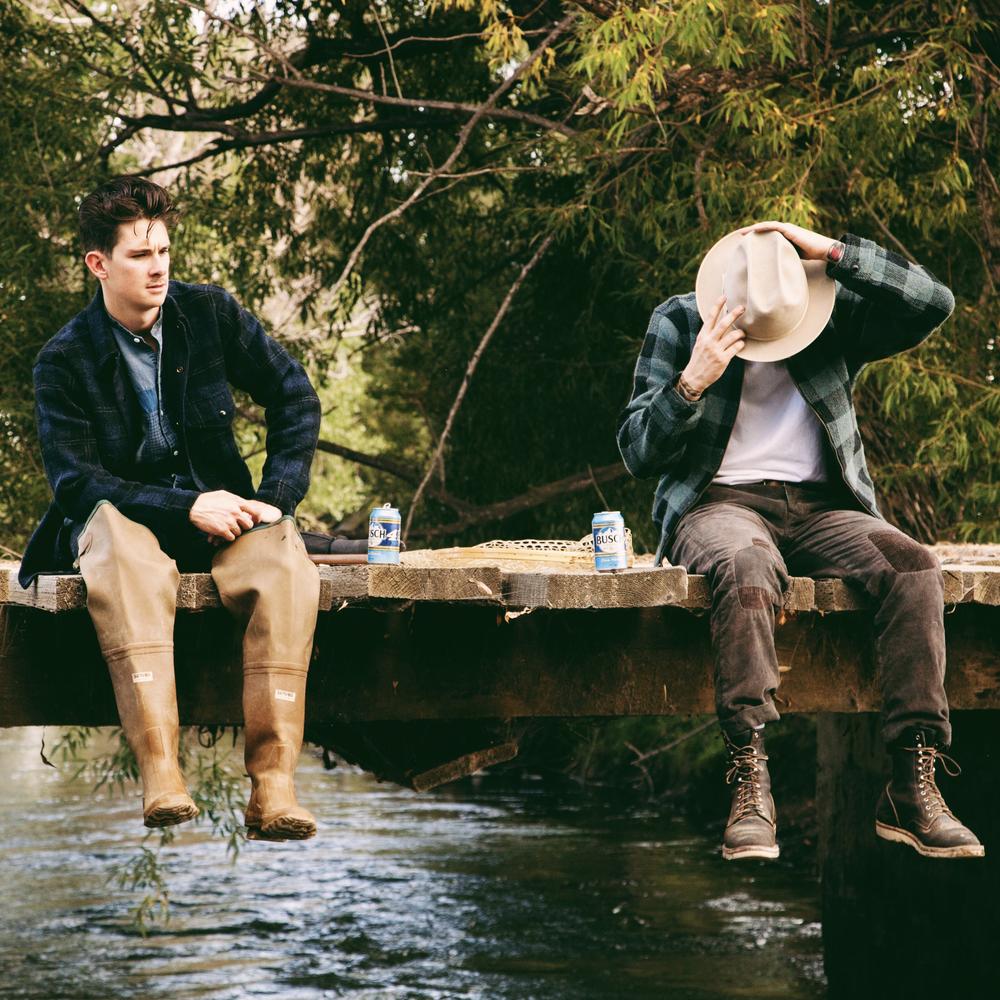 Last week, I was speaking with Stephen Pulvirent, Managing Editor at Hodinkee, about trends in the watch world. In the last couple of years, many watch enthusiasts are getting into gaudier and stranger designs, abandoning understated classics and going for things in diamond and gold (Stephen, who normally has very conservative tastes, admits to being fascinated by these watches too, although mostly from a journalistic perspective). “Collectors tend to start with steel watches, uncomplicated watches, but then they’ll work their way up to two-toned watches, gold watches, and triple calendars,” he says.

The same has happened in the menswear world, which used to be singularly about navy blazers and grey flannel trousers, but has since expanded into a greater appreciation for more forward facing designs. Men nowadays are more aware of brands such as Engineered Garments and Lemaire; they’re not as stuffy about how to wear sneakers. The only thing that has remained constant is pants. Even as our wardrobes have grown, many of us still rely on the same gray or tan wool trousers — or, more likely, yesterday’s dirty jeans laying on the floor.

In the last year or so, I’ve been getting into some more unusual trousers (mostly in casualwear, because I still prefer tailoring to be traditional). And I’ve been surprised by how much more mileage I can get out of my wardrobe with just a few more options. Some cuts can emphasize a more unusual silhouette; unique finishes can help bring a look into its own. If you’re open to adding something that’s not basic denim to your casual rotation, here are five types of pants I’ve found useful: 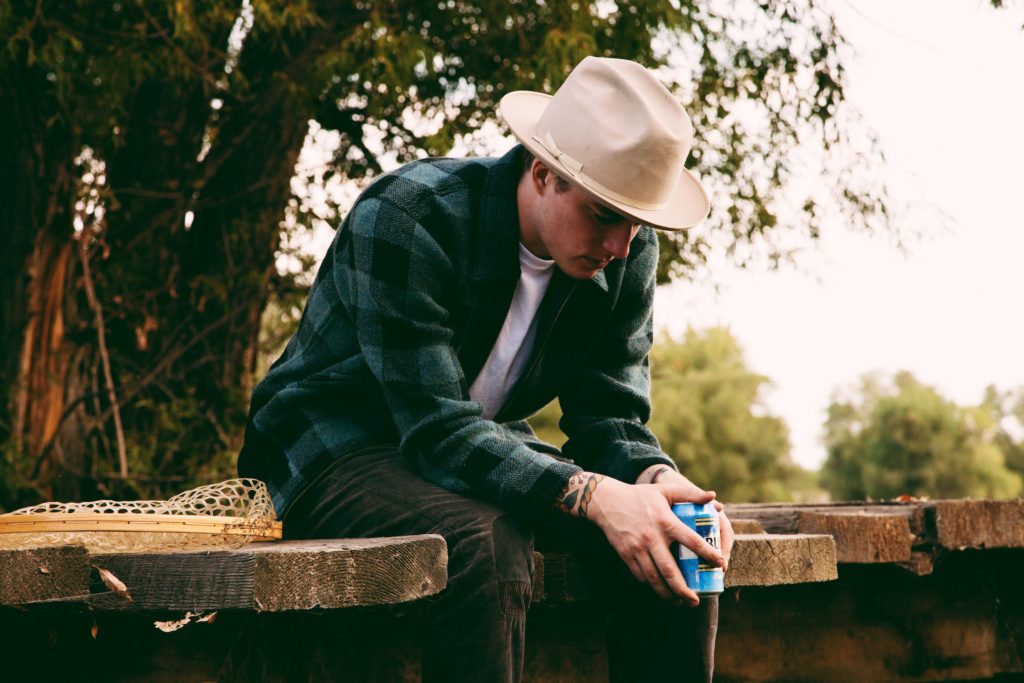 Patched-up pants can be a great addition to any workwear-styled wardrobe. To be sure, the best ones are those that have been authentically worn and repaired — nothing beats the genuine article. If you have a pair of jeans that have been worn through at the thighs or knees, use them as an opportunity to add something interesting to your wardrobe. A local alterations tailor can patch them up with a contrasting fabric, or you can use services such as Denim Therapy, Self Edge, and Denim Surgeon for darning.

If you, like me, don’t wear certain things often enough to warrant repair, there are some really good models on the market that look close to being authentic. This season, I really like these patched-up RRL five-pocket cords available at Canoe Club and Ralph Lauren. They have tons of great detailing — weathered thighs, patched-up knees, and side tab adjusters at the waistband (helpful cause I found I had to size up). I bought a pair a couple of months ago and have been wearing them with white tees or flannel shirts, blue chore coats or tan ranch jackets, boots in black or brown. They can be used almost any time you’d wear jeans in a workwear outfit — they just look cooler.

Alternatively, you can also try these Remi Relief drawstring cords or reconstructed Levi’s 501s from Niche. J. Crew also offered a patched-up chino last season, although the repair work looks less convincing and I wish there weren’t preppy embroideries. You can also scour sites such as Etsy for vintage French work pants. 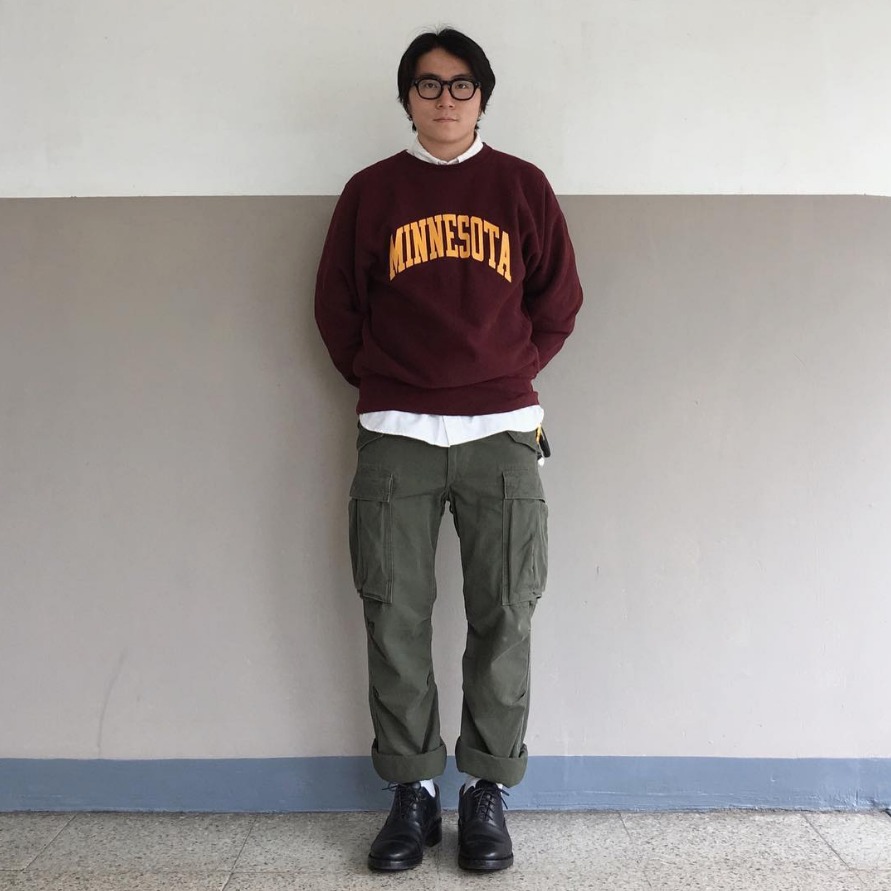 Fatigues are an easy and often cheap alternative to denim. In the summer, they go great with simple canvas shoes, such as Chuck Taylors. In the fall, they sit naturally above service boots. Vintage ones can fit a bit full, but you can give them shape by pinrolling the hems. Says Pete:

I’ve worn vintage and milsurp fatigues forever but my favorites are from Engineered Garments. I have two pairs, one in herringbone and another in ripstop, and find they’re easy to wear with anything except other items in olive drab. They’re perfect with flannels and oxford shirts, worn straight out of the dryer with no ironing. And while it’s easy to pair them with sneakers and military style boots, it’s fun to wear them with dressier shoes such as beefier loafers or wingtips. That’s a move straight out of Daiki Suzuki’s playbook since forever. Maybe not quite as fresh as it used to be, but still good.

Fatigues sit most naturally with workwear, but they can also be worn with almost anything that’s classic Americana. ResQ shop owner Youngsam wears them with duffle coats, collegiate sweatshirts, and chunky shawl collar cardigans (see our post on him here). You can get vintage fatigues for cheap from local thrift stores, milsurp suppliers, and shops such as Wooden Sleepers (they take phone orders). Stan Ray is great for something new (sometimes they go by the name Earl Apparel). And as Pete mentioned, Engineered Garments has been a favorite among style enthusiasts forever.

Alternatively, you can try military-styled cargo pants. They’re a little more directional than fatigues — if only because fatigues almost look like olive chinos — but they sit similarly well with workwear outfits. Again, you can always go milsurp, but shops such as J. Crew will have slightly more modernized versions. Personally, I like the ones from Stevenson Overall Co. and RRL, which have a slightly slimmer silhouette than actual military cargo pants, while also featuring more detailing than J. Crew’s. There’s reinforced stitching at the seat, darts at the knee to add fullness, and drawstring hems. Kiya Babzani at Self Edge wears the Stevenson ones with short-sleeved sweatshirts.

(photo via The ResQ Co.) 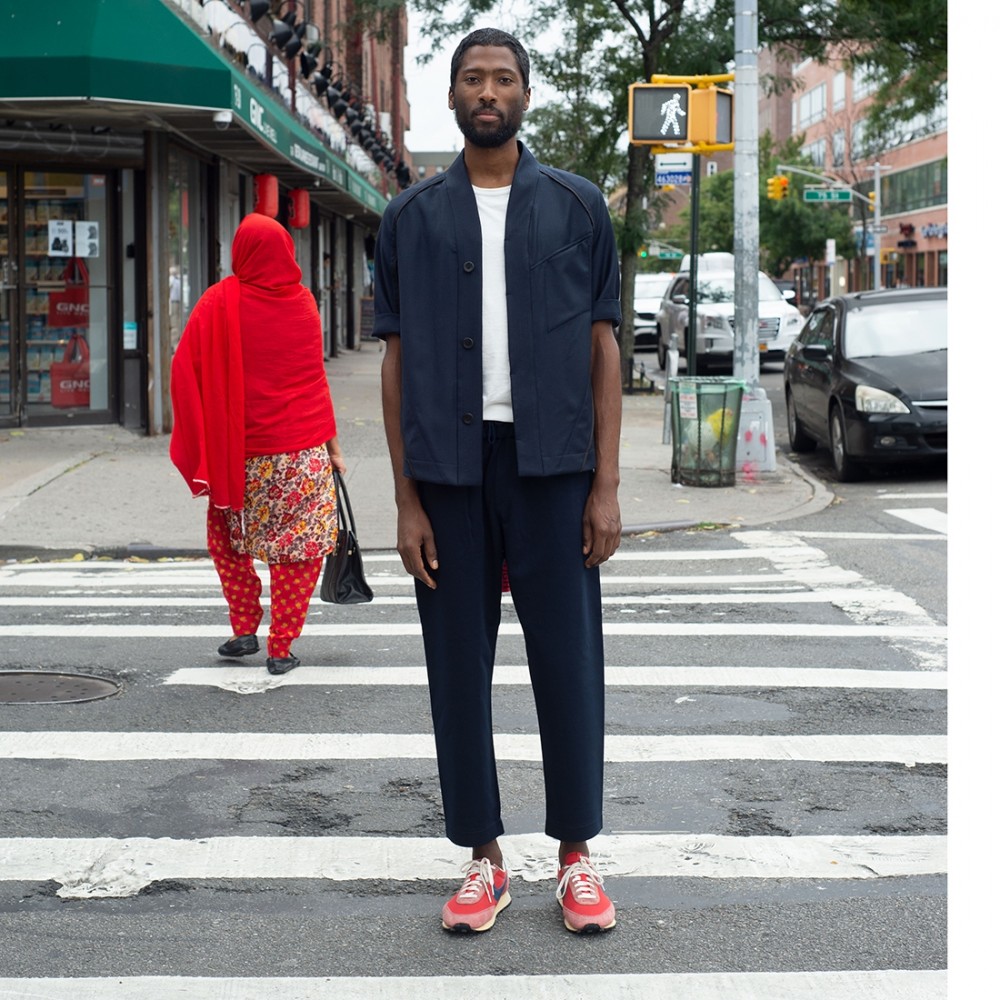 Technically, easy pants are just pants with an elasticated waistband (making them easy in terms of comfort), but they also feel like an evolution from the slouchy, cropped, balloon cut trousers that used to be popular in contemporary wardrobes just a few years ago. Today’s easy pants don’t attract as much attention, but they pair well with things such as breezy short-sleeved shirts and retro running sneakers in the summer, as well as robe coats and textured knitwear in the fall.

Greg Lellouche, founder of No Man Walks Alone, is a big fan of the style and carries many of them on his site. “They go with contemporary casual outfits any time you’d use a chino,” he says. “So nothing too business-y — instead of a traditional sport coat, you’d want something more modern and unconstructed. The only thing to watch out for are the shoes. Since these are often pegged and slightly cropped, they work better with things such as minimalist sneakers, retro runners, and Thuyas. You want to avoid things that look like business clothes.”

Some nice options this season include Camoshita, which is made from a uniquely textured wool-blend material; Ikiji, which is pictured above; and Sage de Cret, which has the look of a hardy tweed, but is brushed to be soft and cozy. I also really like Kaptain Sunshine and Monitaly, which are a little more classic and workwear-ish in styling, respectively. 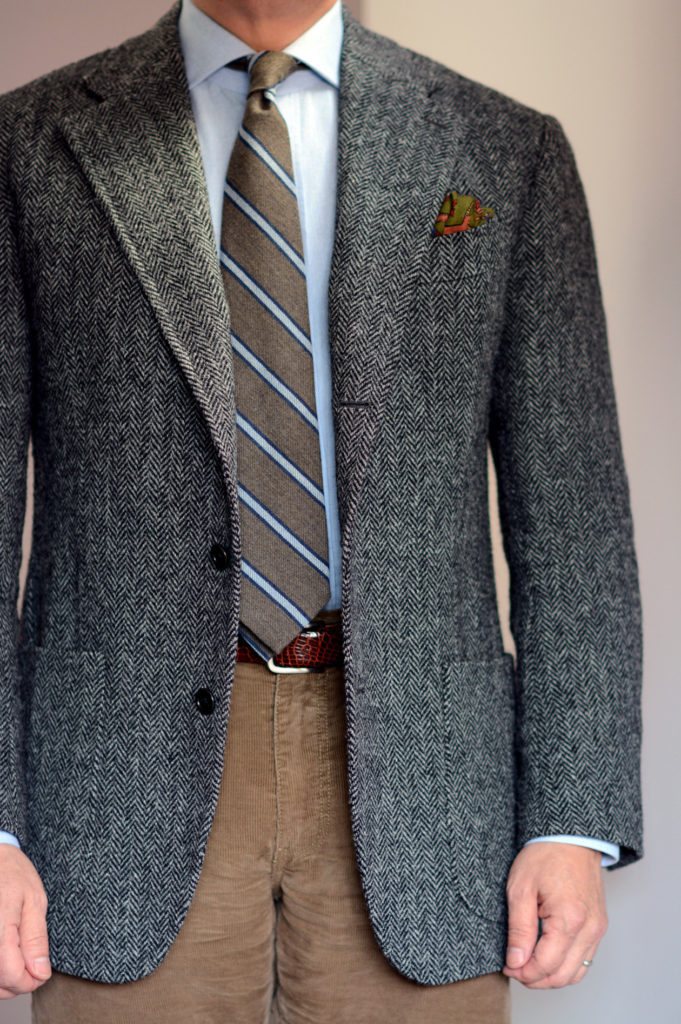 Guys are always look for ways to dress down their tailoring, which is why so many try to pair sport coats with jeans. We think tailored jackets can be combined with denim, but doing so successfully is like threading a needle. The jeans have to be right (often slim-straight, just a touch higher in the rise) and the sport coat has to be distinctly casual (tweeds work best). This way, you’re not trying to bridge as large of a gap in terms of formality.

Better still, try five pocket cords. They work just like jeans, but are slightly dressier, so you can slide them into situations where denim feels a bit too casual. “I wear five-pocket cords straight through the summer,” says Sid Mashburn. “I think I picked that up from Californians who used to wear those baby-waled OP shorts – you think it’s a fall fabric, but they made it work for California’s warm climate.” You can find great five-pocket cords at Levi’s, Sid Mashburn and our sponsor Ledbury.

For something a little dressier still, consider moleskin, a type of brushed cotton with a soft, almost suede-like texture. Like many of the fall/ winter fabrics, moleskin started its life as a country cloth, used for hardwearing activities such as getting through thick, prickly brush. Today, it’s just a dressed down alternative to worsted wools, which is what makes it pair so well in more casual outfits. I mostly wear mine with sport coats, but they’d do just as well with classic field coats such as those from Barbour. Our sponsor Dapper Classics sells them in their most useful color, light brown. 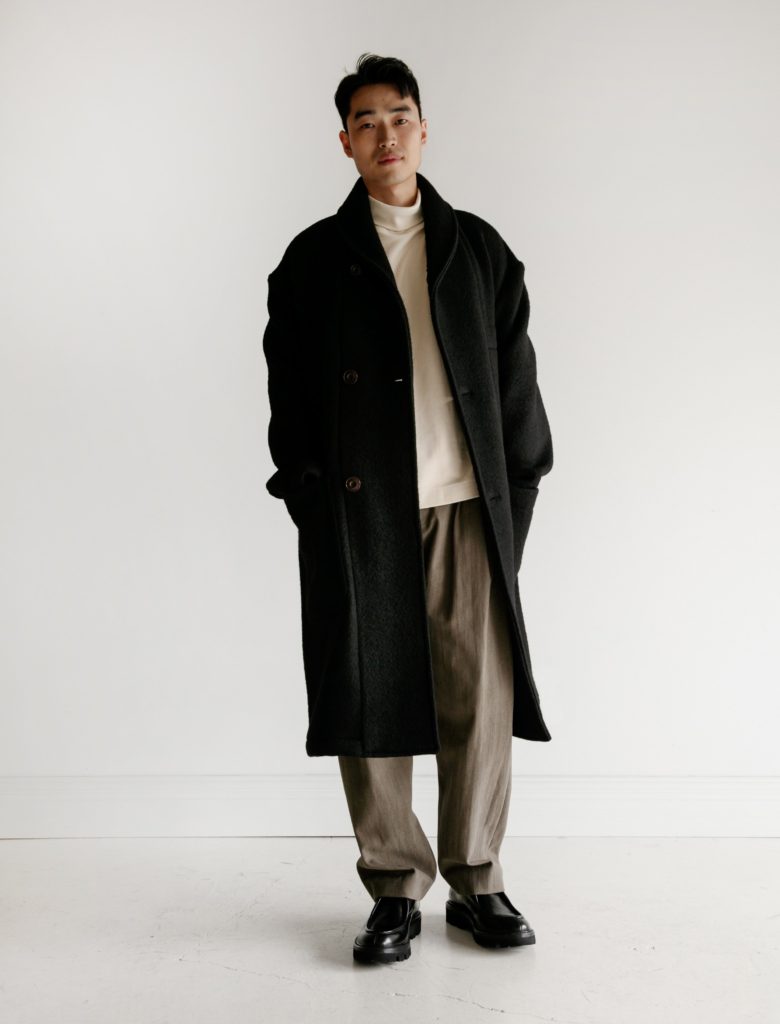 No item of clothing has been more maligned in the last fifteen years than baggy pants. They’re the signature of ‘90s ravers, sloppy dads, and football coaches. And while today’s slim-fit trend initially came as a reaction to Armani excesses, most men first experience trimmer clothing not through suits, but through trousers. The first rule almost everyone learns when upgrading their wardrobe: get pants that fit (i.e. ones that give you the semblance of human legs) and know how the hem should break.

For the last year, however, I’ve been increasingly interested in looser trousers – some just on the wider side of classic; others outright baggy. Looser cuts not only feel more comfortable than their trim counterparts, but they can also look more interesting in terms of their silhouette. There aren’t any rules in this category, but I’ve found looser trousers are best when they’re high waisted and slightly cropped, such that the hem ends right around your ankles. Some fabrics also drape better than others (wool and Tencel are often best). If the trousers hang straight, a looser cut will look more intentional than sloppy.

There’s no end to the number of companies here doing good work. Lemaire, E. Tautz, and Marni have long incorporated fuller-fitting trousers into their collections (although some of their pants are also market friendly slim fits). Those typically get paired with things such as loose knitwear and tucked-in shirts, along with slouchy, slightly oversized topcoats (the easiest way, I think, to wear this sort of look). Some shops, such as Neighbour and Totokaelo, almost specialize in this aesthetic.