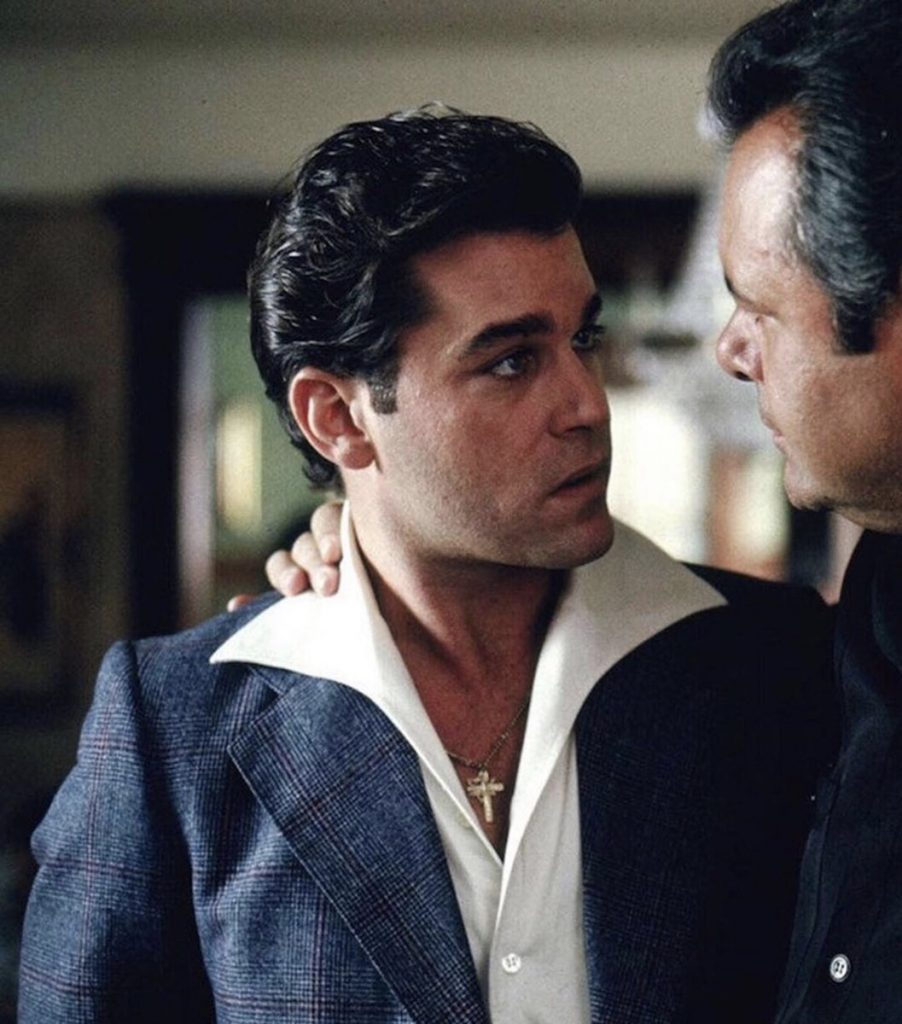 In the summertime, you have to do more with less. Without the ability to layer, an outfit becomes all about the details: the cut, silhouette, color combination, and accents. But if your wardrobe leans classic, there’s only so much you can do. Slightly cropped, carrot cut trousers can be great this time of year, but only if you have the eye necessary to pull things together.

An easy way to upgrade an outfit is to play around with its collar style. Like reading formality in suits and sport coats, shirt design has its own language. A regular placket is more casual than a French placket. A single chest pocket is more informal than a plainer design, and a shirt with two chest pockets is more casual still. Much like shoes, shirts look more casual when they’re visually busy.

The most expressive part of a shirt, however, is its collar. In the summertime, there are a couple of styles that go particularly well with warm-weather outfits. A camp collar can be a great way to push a plainer ensemble away from business casual, while a one-piece collar can look fantastic when layered underneath a sport coat. Here are four summer styles to consider: 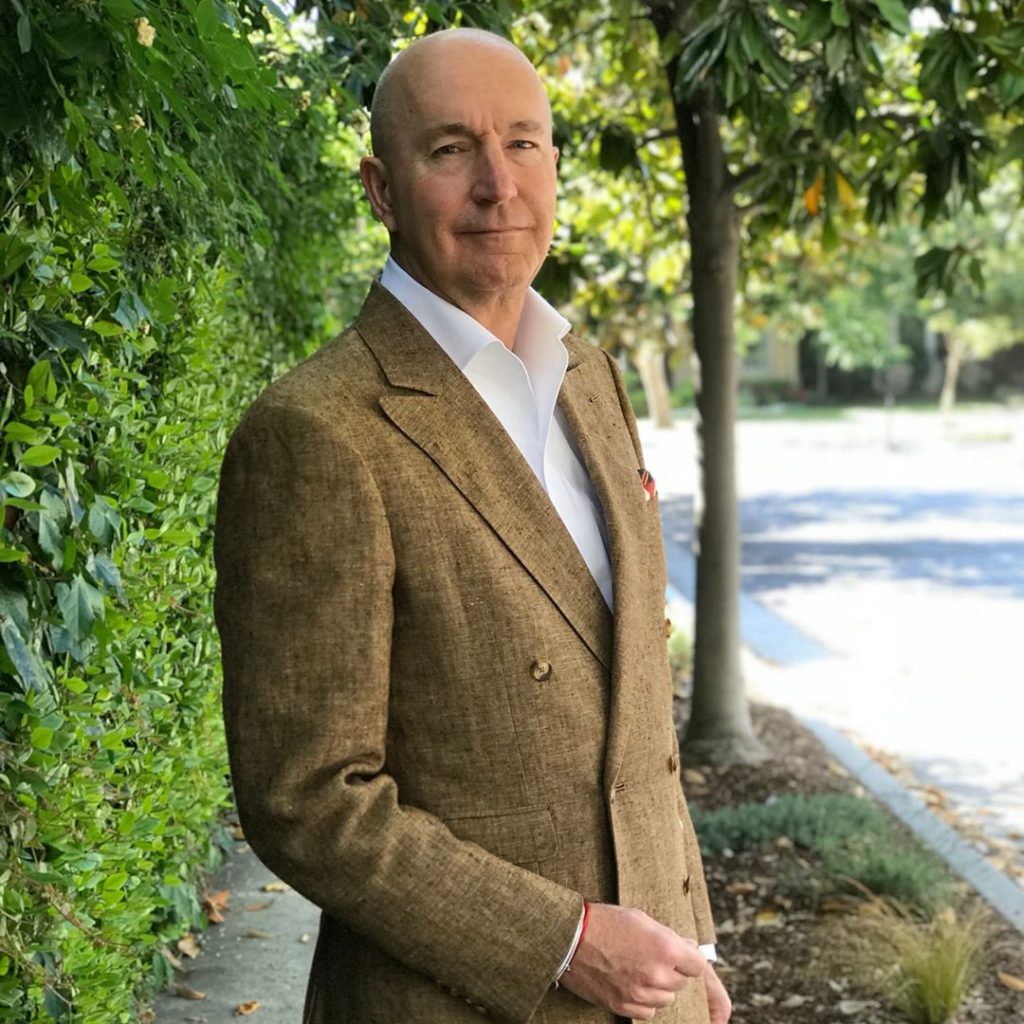 Most shirt collars are made from four pieces of material. There’s the shirt’s body (the first piece), the collar band (the second piece), and the collar leaf, which is sometimes made with an interlining (the third and fourth pieces). As its name suggests, a one-piece collar means that the shirt is made with just one piece of material, so the body of the shirt flows straight into the collar. On a patterned shirt, this can be especially nice since the pattern won’t be interrupted.

Like many of the styles here, the one-piece collar recalls the grand old traditions of vacation life, when jetsetters used to spend their summers in the French Riveria. When worn under a jacket, a one-piece collar will have the soft, angelic roll of a button-down, but look even more fluid. If the collar points aren’t anchored down with buttons, however, they’ll splay out when they’re not worn underneath a jacket (the effect looks like an aggressive cutaway collar). I tend to like these better when they’re layered underneath something, so the collar stands upright.

Finding one, however, can be a real challenge. One of the best one-piece collars I’ve seen anywhere is from Marol (modeled on our friend Andy pictured above). Theirs are amazingly handsome, but also amazingly expensive. G. Inglese is a little more affordable and still excellently made. Eidos used to make a one-piece collar polo called a Lupo, which has been since discontinued. However, you can sometimes find them floating around eBay. Berg & Berg has some of their own right now on sale. 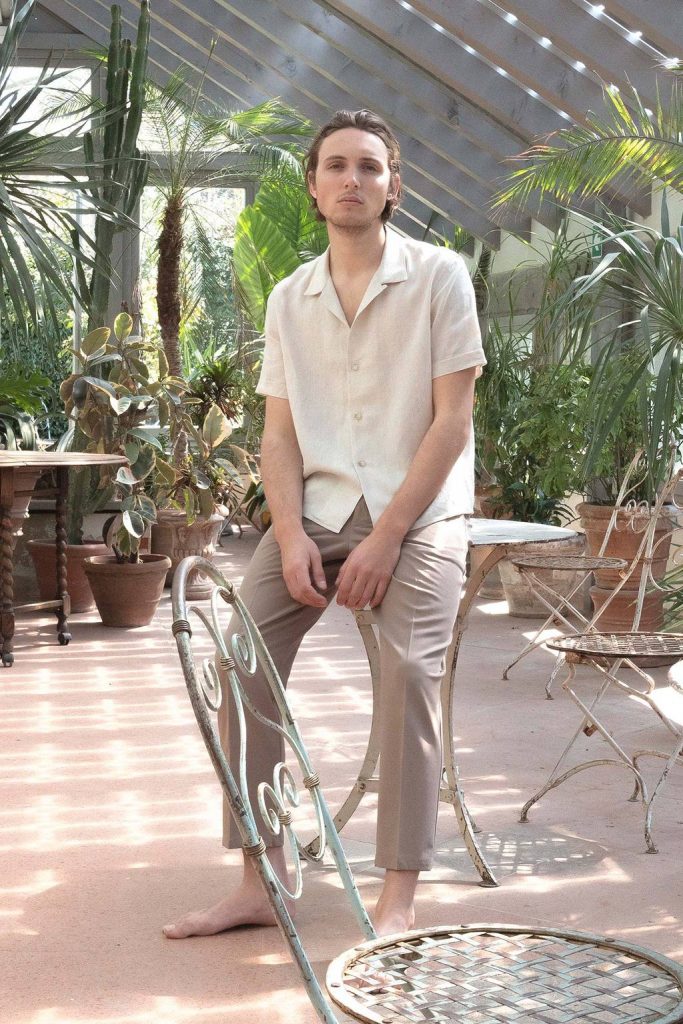 The camp collar comes in many different iterations and is known by many different names. Sometimes it’s called a Capri or pajama collar. Other times, it’s known as a Cuban, Italian, or Portifino. The differences are subtle and will vary from company to company, but the general idea is the same. Like the one-piece collar, these are made without a separate collar band, which means they flow much more smoothly into the shirt. The difference is that, whereas a one-piece collar is designed to roll like a button-down, these are made to splay.

The basic camp collar, pictured above, is the most popular version. They were an off-duty favorite for men in the 1950s, particularly in the summer months, and go well with tailored or casual clothing. They typically come short-sleeved, although long-sleeved versions aren’t uncommon, and feature boxier, looser-fitting bodies for an easy-going vibe. Original mid-century models were often made from silk or rayon, although contemporary versions tend to be pure cotton.

The great thing about a camp collar is that it’s much easier to find. Almost any maker of vacation-style shirts will offer them — see Two Palms, Gitman Vintage, 3sixteen, Portuguese Flannel, Maillot, and Joyce (the last one is pictured above). Our sponsor Proper Cloth can also make custom-made camp collar shirts, which allows you to home-in on the fit and choose your style details. Their Aloha shirtings are perfect for this sort of thing. 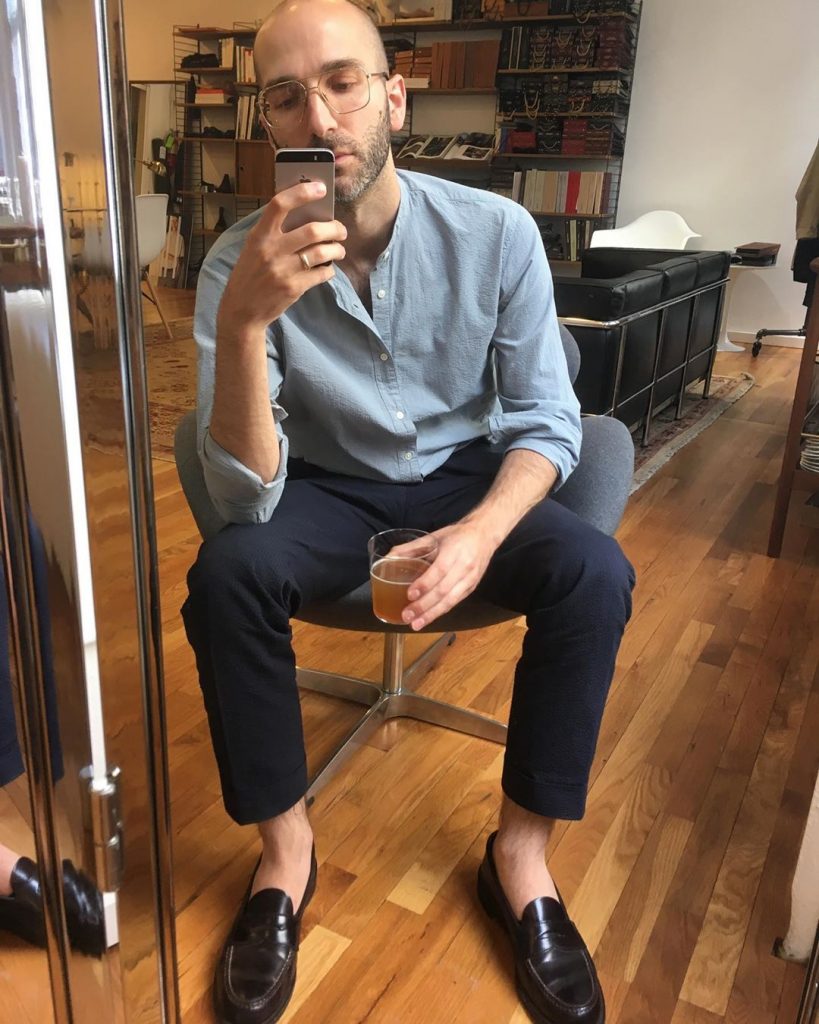 The band collar is the most straightforward style on this list. Sometimes referred to as a grandad or mandarin collar, it’s made with only the band and no leaf. Since you don’t have collar points, the style doesn’t do as good of a job at framing your face (think of the difference between wearing a button-up and a crewneck tee). As such, I think the style often does better when it’s layered underneath some outerwear. Luca Rubinacci likes to wear his underneath sport coats; my friend Agyesh of Stoffa often pairs the style with his suede flight jackets.

Still, on the right person, the style can also look great on its own. Kyle of No Man Walks Alone can be seen above wearing a Camoshtia band collar shirt with slim chinos and Alden shell cordovan penny loafers. The style also pairs well with more contemporary clothing, such as drawstring “easy pants.”

You can get band collars from J. Crew, Stoffa, Far Afield, Camoshita, or Proper Cloth. If you use Proper Cloth, I recommend sticking with more casual shirtings, such as a slubby chambray, rather than a crisp broadcloth. Alternatively, you can also make your own. I’ve done this to some cheapie $30 Wrangler denim shirts (only get the stonewashed denim — the other materials aren’t nearly as good). Or you can do this to a shirt you already own, but hardly ever wear. Either bring the shirt to a tailor to have the collar points removed, or carefully cut the collar off above the collar band. Luca Rubinacci has a video tutorial demonstrating how. 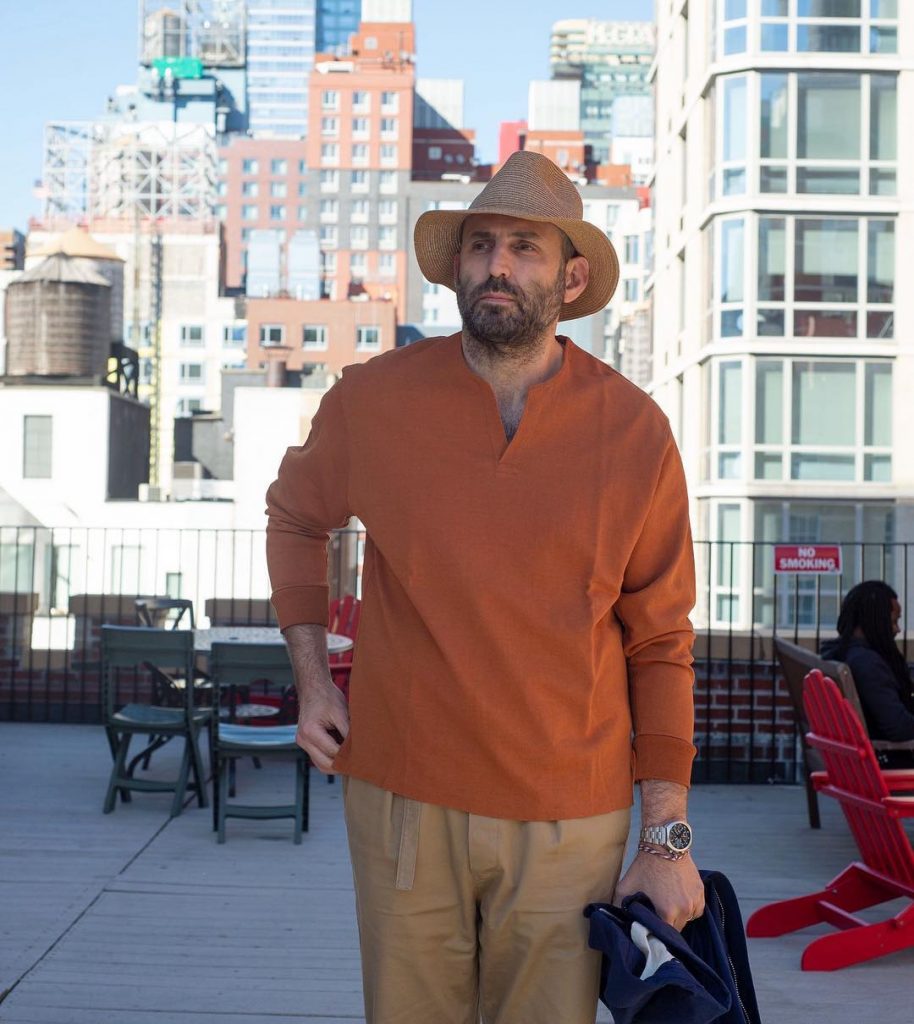 Finally, there’s the modern version of a Moroccan collar. The style technically doesn’t qualify as a genuine Moroccan collar because it lacks the internal points, but it’s a slightly more contemporary, easier-to-wear alternative that you can pair with loosely cut chinos and some espadrilles. The challenge, again, is finding a shirt with this style. In the past, companies such as Kaptain Sunshine, and Blurhms have offered Moroccan collared shirts, but I don’t see any good options at the moment. Maybe something for next summer.