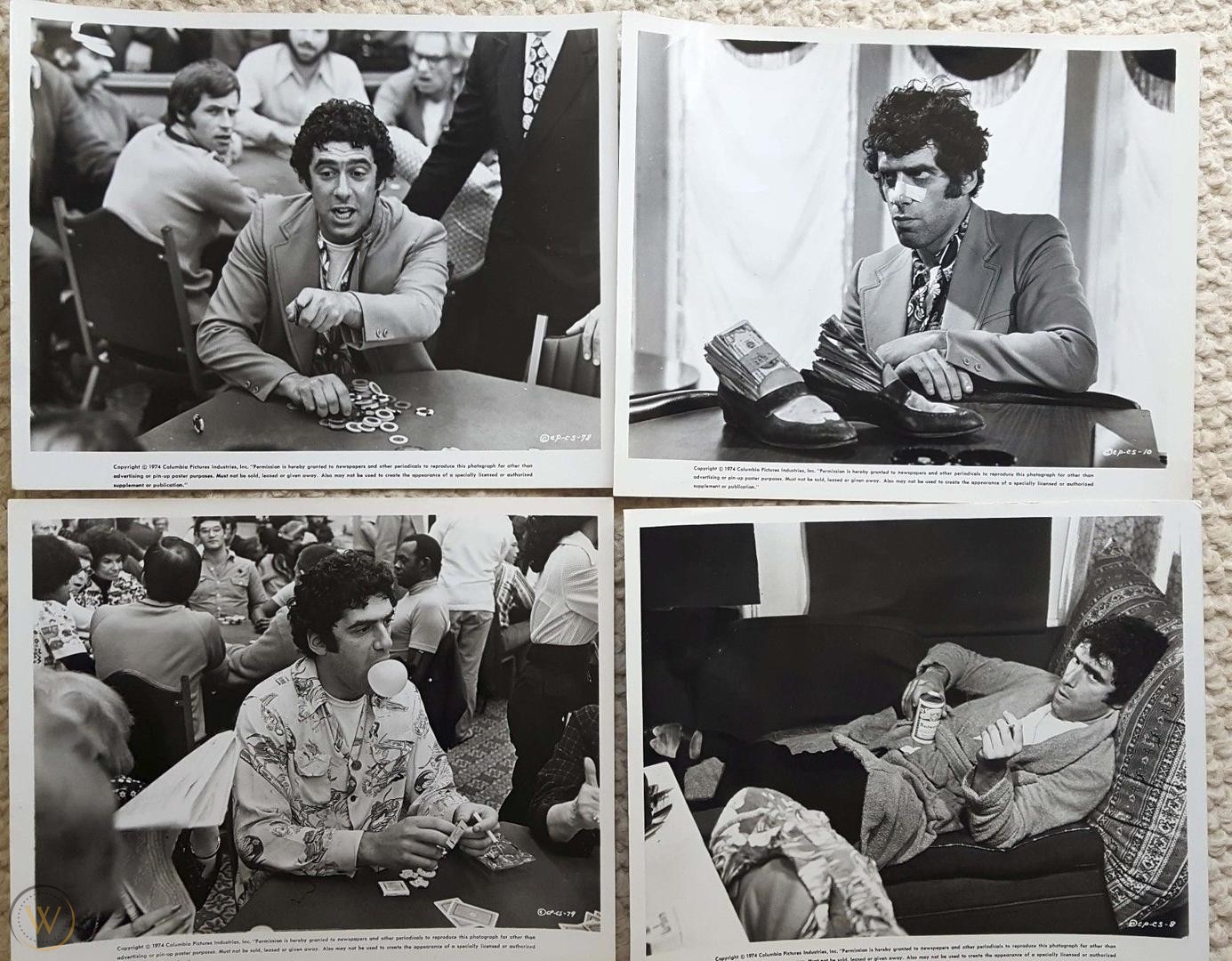 Talking about clothes in the rapidly evolving coronavirus era may seem a little silly — which of course it is. We generally argue that clothing and style are not minor aesthetic concerns but rather bound up with our personal identities and our culture; still, right now family, friends, preparedness, and care for the most vulnerable render everything else trivial.

Still, distractions from the firehose of anxiety that is the news or the doldrums potential for weeks or longer at home are valuable. Some entertainments that usually serve that purpose, like travel, sports, and cultural institutions, are poised to take a break, so we may have to rely on activities and interests that we can pursue at home, to protect ourselves and others.

In other words, it’s a good time for streaming movies, eating popcorn, and maybe planning future fits. Over the years, Put This On has highlighted a lot of film style, some of it in the established men’s style canon and some more obscure. We know you’ve seen Wall Street and most of the Bond films, but have you seen every Jack Nicholson movie from the 70s?

So wash your hands one more time, grab a beverage and a snack, and settle in for some stylish escapism. 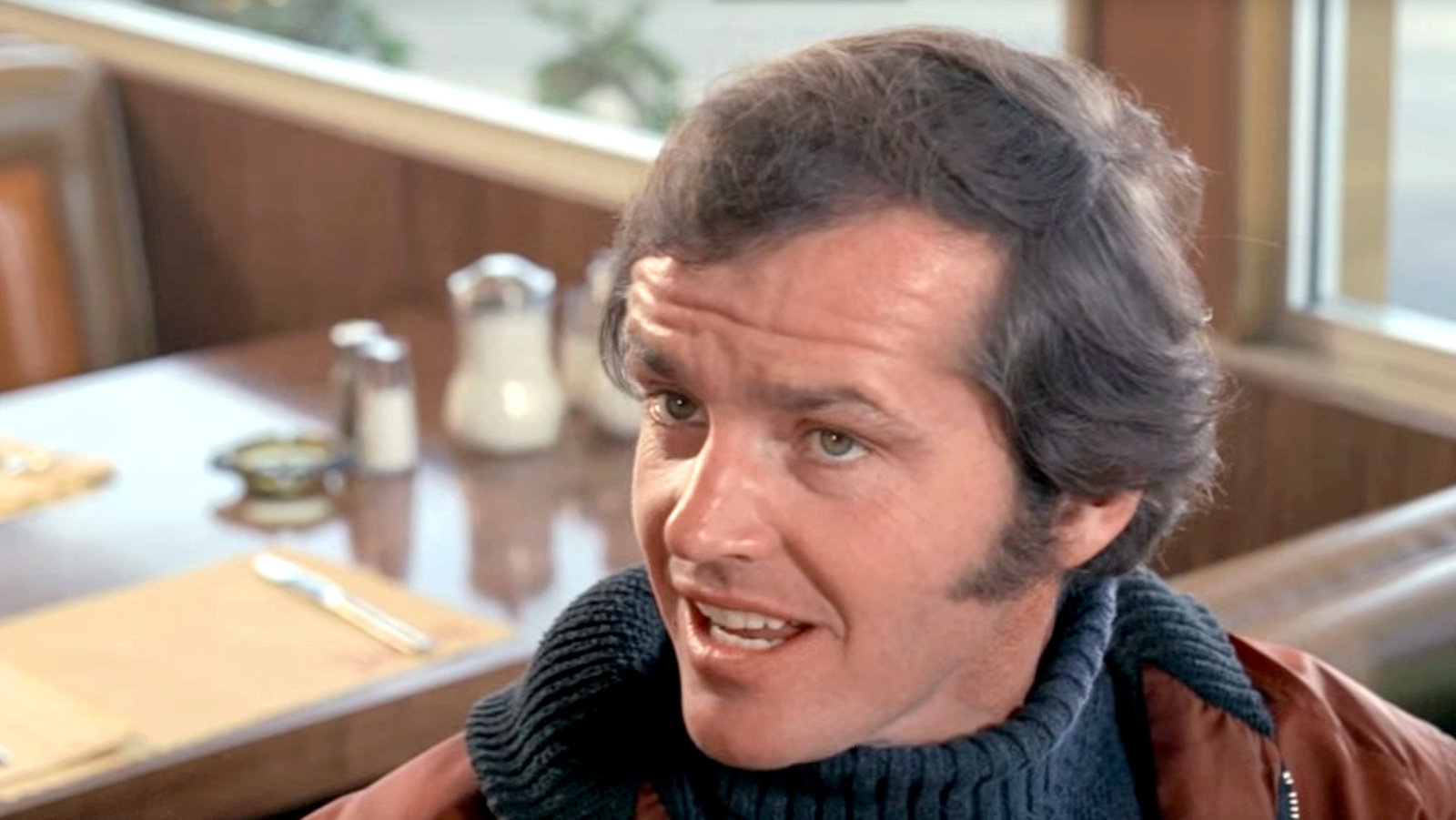 Five Easy Pieces (1970). I return to this 1970 family drama starring Jack Nicholson again and again. It focuses on Nicholson’s character, Bobby Dupea, who begins the film working on oil rigs. We find that Dupea comes from a middle class, intellectual family but, fed up with their values, has chosen the blue-collar life. That doesn’t stop him from condescending to the people around him — Nicholson is mean in this one. The setting transitions from oilfields to the Pacific Northwest:  plenty of room for work shirts, turtlenecks, and corduroy. Also, check out Nicholson in The Witches of Eastwick. Stream on Amazon Prime or iTunes. 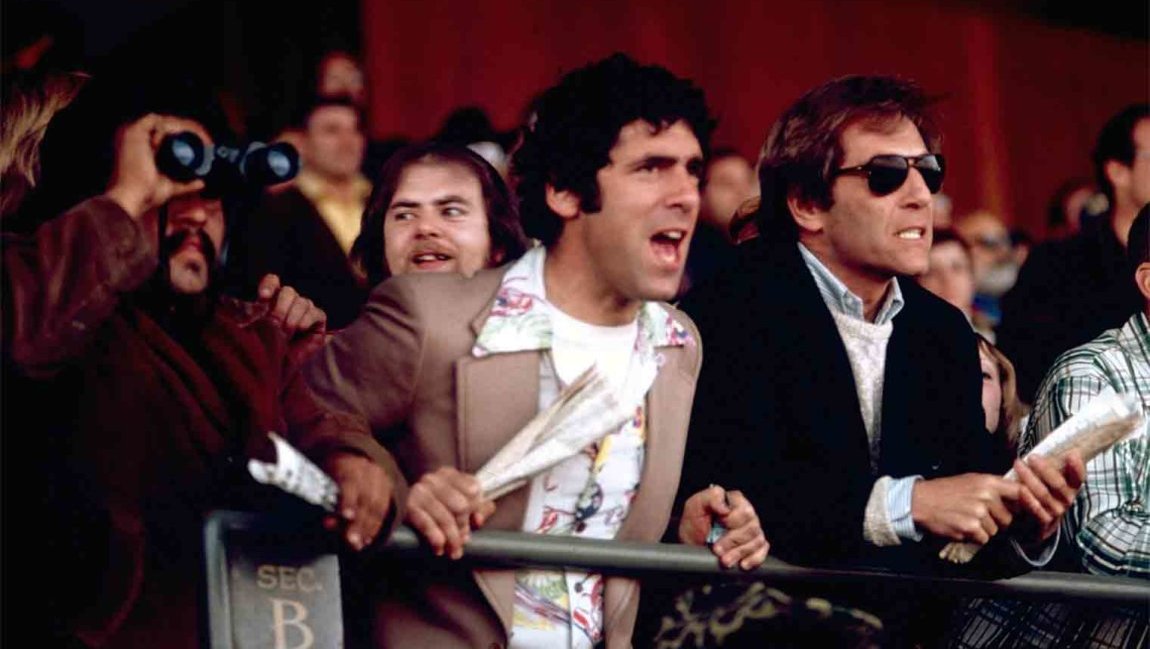 California Split (1974). Another 1970s classic with a main character of questionable moral character, but maybe relatable struggles, and some excellent shirts. The 1974 film about degenerate gambler buddies played by Elliott Gould and George Segal contrasts Gould’s sleazy print shirt style against Segal’s shetland-sweatered journalist. Gould’s work in the 70s is full of characters with great style — check out Mash and The Long Goodbye as well. Stream on Amazon or iTunes. 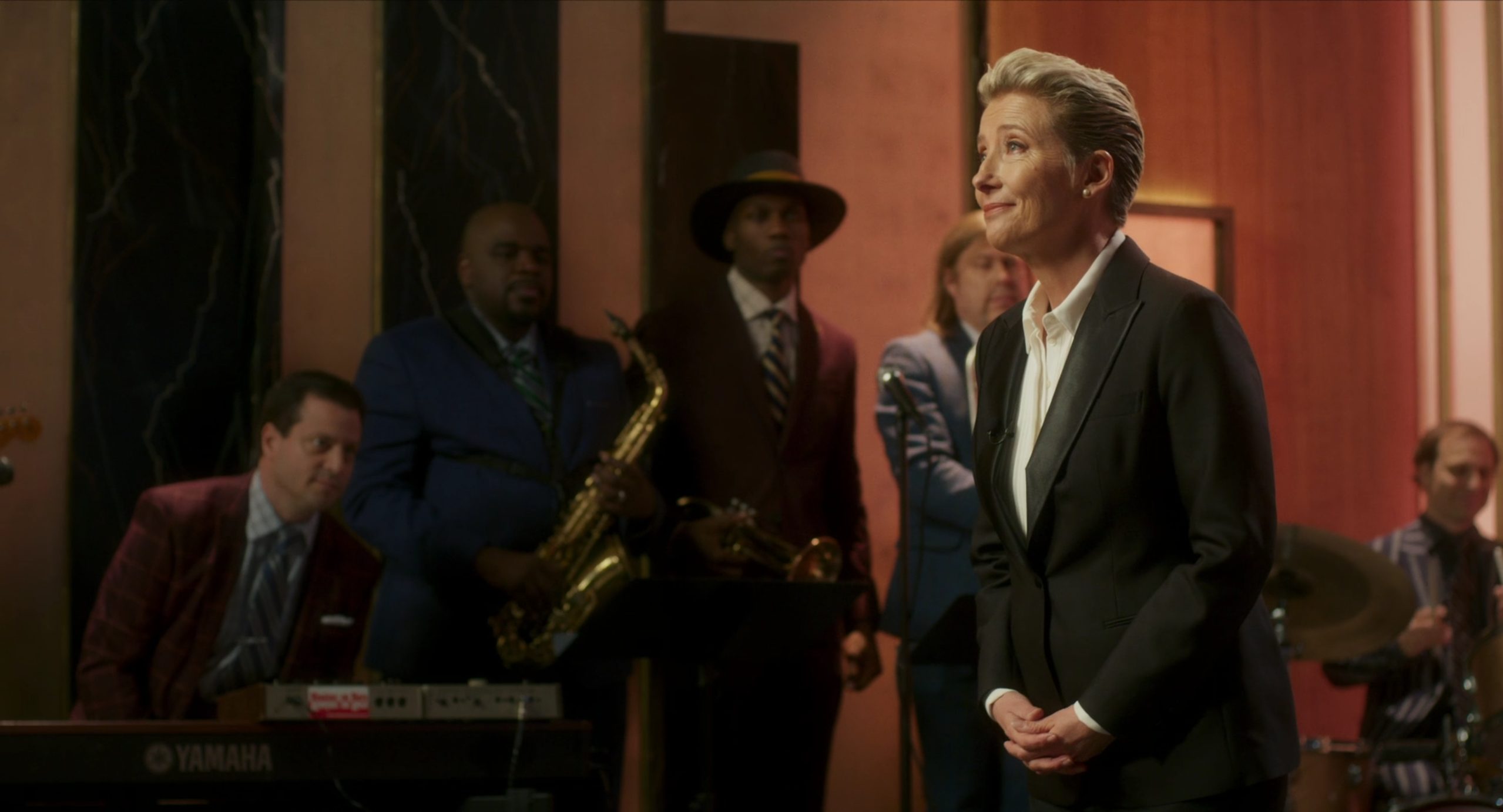 Late Night (2019). This recent film tells the story of a late-night host (Emma Thompson) whose position is threatened when her network considers younger, edgier talent to replace her. A writer (Mindy Kaling) hired in order to diversify her writer’s room helps her find her way back to her roots as a truth-teller. It’s interesting to watch Thompson’s tailoring, while not menswear per se, evolve as the story progresses. Costume designers said they riffed on wardrobes of other women talk show hosts (there haven’t been many), like Joan Rivers. Stream on Amazon Prime. 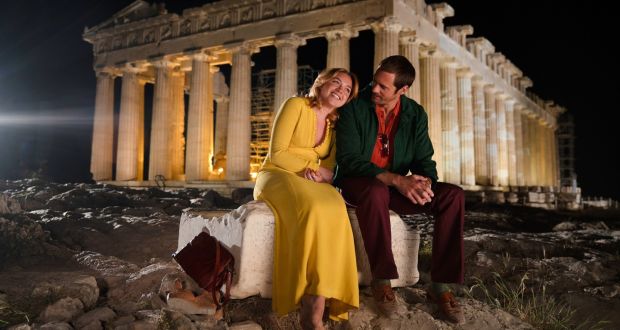 The Little Drummer Girl (2018). This spy miniseries was the big break for Florence Pugh, who has since starred in Midsommar and Little Women. Based on a John le Carré novel and directed by Park Chan-wook, Drummer Girl follows spies around Europe (like most le Carré works) as divided loyalties tear at its main character, played by Pugh. For the men, Alexander Skarsgård’s Mediterranean, warm weather costume contrasts with Michael Shannon’s spymaster suits and polyester ties. Stream on AMC, Sundance, or Amazon Prime. 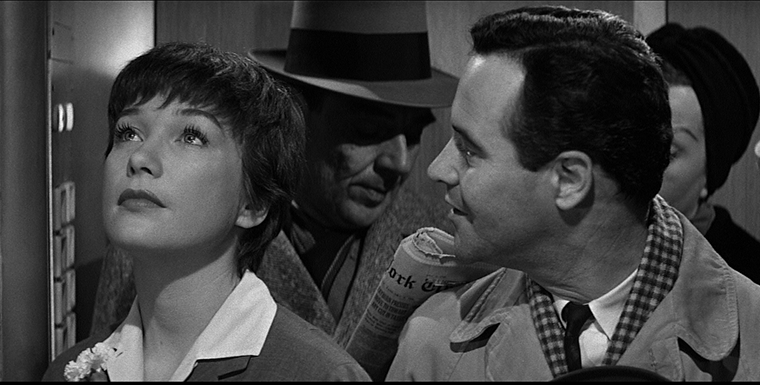 The Apartment (1960). This workplace comedy/drama from Billy Wilder follows Jack Lemmon’s character as he navigates the culture of an insurance agency where the bosses use his apartment for their trysts with female subordinates (in exchange, management promotes Lemmon). The setting — New York, mostly in a bullpen-like office and the shabby but convenient apartment — and wardrobe are clear antecedents to Mad Men’s fantasy of a mod 60s office. As a lonely company man flailing upwards, Lemmon wears trad suits and club collar shirts with narrow ties. Filmed and released (in black and white) in an era when men still wore hats to work, The Apartment sticks out in particular for dealing with themes like adultery, workplace gender relations, and suicide in what’s, in the end, a romantic comedy. Stream on Amazon Prime or iTunes. 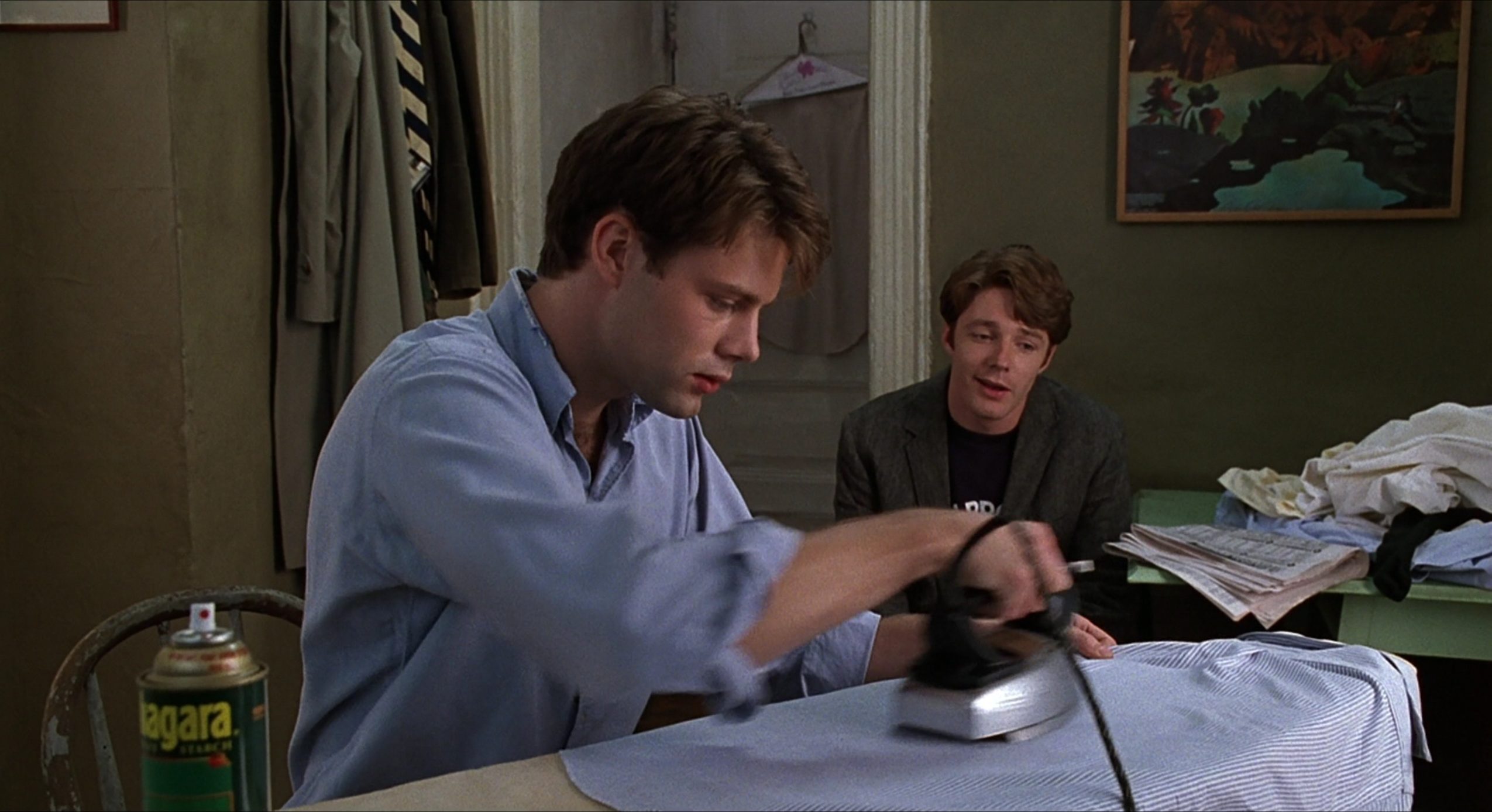 Last Days of Disco (1998). Filmmaker Whit Stillman (also of the prep masterpiece Metropolitan) laments the disco era in a film about a group of friends that’s typical of his work — couples and allegiances form and split; everyone is pithy but transparently insecure. It’s more fun than it sounds. In this case the backdrop is an early 80s NY club where the friends congregate after working at publishing houses, ad agencies, and law offices, with the women mostly dressed up to go out and the men mostly still in their office suits, OCBDs, and repp ties (when they’re not in Wizard of Oz costumes). Stillman has an especially keen eye for men’s style, particularly in the prep adjacent area. Stream on Amazon or iTunes.